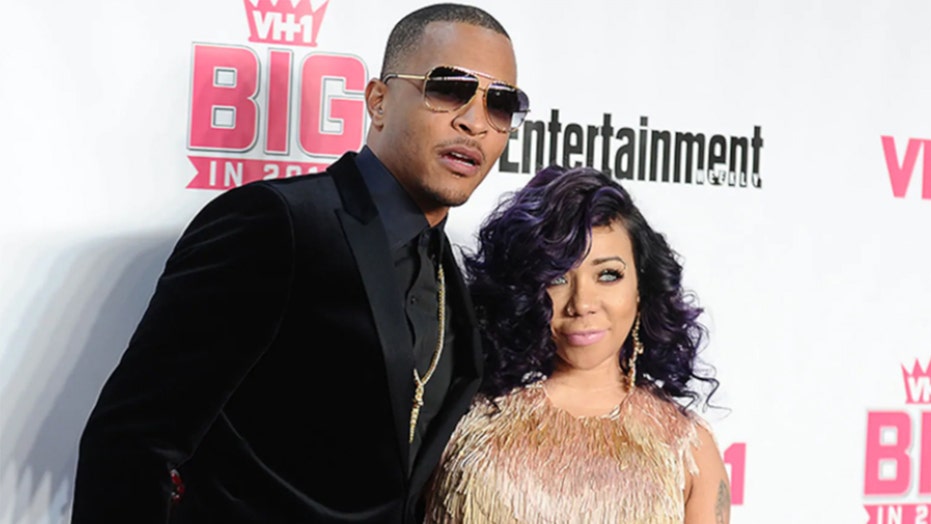 Rapper T.I. and his wife Tameka "Tiny" Harris have found themselves the reported targets of a Los Angeles Police Department (LAPD) investigation stemming from claims the couple sexually assaulted and drugged a woman in 2005, Fox News has confirmed.

A bombshell report on Monday that said a woman, identified only as Jane Doe, met virtually with LAPD detectives in April about an alleged sexual assault that took place some 16 years ago and during the alleged encounter with the Harrises – whom the Jane Doe reportedly was first introduced to through a runner who was handing out flyers in a local mall, the outlet reported, citing a letter sent to investigators from the woman’s attorney Tyrone A. Blackburn.

According to the letter, the woman was invited by the Harrises to a club where they would be the next night, the outlet said.

Furthermore, the woman claimed in the letter that she had consumed two drinks before she was offered and accepted a sip from Tameka Harris’ drink – and she claimed she was then invited to back to the Harris’ hotel room, along with other women from the establishment.

RAPPER T.I. SAYS HE WAS 'JOKING' ABOUT VIRGINITY COMMENTS, IS 'INCREDIBLY APOLOGETIC' TO DAUGHTER

After a short time, it was just the woman and the Harrises alone in the room and according to the filed letter, the "Takers" actor suggested the three of them head into the bathroom to "freshen up."

"Once in the bathroom, Tameka took off all of victim’s clothing," the report states. "Tiny was also naked, wearing only a shower cap. T.I. came into the bathroom naked. All three got into the shower and T.I. told victim she looked better naked."

The woman claimed Tameka began to wash her in the shower and afterward, she and T.I. left the bathroom and each sat naked on the bed.

"T.I. turned on a pornographic show, handed the victim a bottle of baby oil and told her to rub his back," the report allegedly explains. Then, Tameka allegedly "sat on victim’s back" before sliding "up and down victim’s back while they were both naked," according to the report.

An attorney for the couple told Fox News in a statement on Monday that "The Harrises have not spoken to or been contacted by the Los Angeles Police Department (LAPD), the Las Vegas Police Department (LVPD) or, indeed, any member of law enforcement from any other jurisdiction in the country."

"Even assuming the story in the Daily Beast is close to accurate, it appears the LAPD ‘accuser’ has chosen once again to remain anonymous, thereby preventing us from being in a position to disprove or refute her allegations - or even examine them," the statement continues.

"Meanwhile, although we now appear for the first time to have the name of an ‘accuser' who supposedly filed a police report with LVPD, we have absolutely zero details about her or her claim," the memorandum concludes.

In a statement provided to Fox News back in March, attorney Tyrone A. Blackburn alleged that more than 30 other women have come forward with a litany of allegations against the couple including "forced drugging, kidnapping, rape, and intimidation in at least two states, including California and Georgia."

RAPPER T.I. CHARGED WITH THREE MISDEMEANORS AFTER BEING ARRESTED FOR PUBLIC DRUNKENNESS

The celebrity couple, who previously had their own VH1 reality TV series "T.I. & Tiny: Friends & Family Hustle," has vehemently denied the allegations against them.

Blackburn said in a media video conference at the time that he is currently working on behalf of several alleged victims of the couple, with stories spanning between 2005 and 2018 and said that for their safety and privacy, he would not share their identities with the media, only law enforcement.

The high power lawyer did not immediately respond to Fox News' request for comment.

An attorney is asking for T.I. and Tiny to be investigated on criminal charges. (AP Photo/David Goldman, File)

Additionally, a second woman, Rachelle Jenks, had also filed a police report with similar allegations earlier this month in Las Vegas, the publication said referencing a statement from Blackburn, who is also representing Jenks.

The Las Vegas Metropolitan Police Department told Fox News in a statement on Tuesday that while they had received a police report on May 8, for an alleged incident that occurred in 2010, under a revised Nevada statute, the case fell outside of the limitations and as since been closed.

"On May 8, 2021, the LVMPD received a report of a sexual assault incident alleged to have occurred in 2010 involving Clifford Harris and Tameka Harris. The incident was reported to the LVMPD outside of the statute of limitations for the crime, per Nevada Revised Statute 171.085," the note reads.

"This information was confirmed with the Clark County District Attorney’s office. Based on this, the case was closed, which is standard procedure for crimes reported outside of the statute," the statement concludes.

Las Vegas Police further clarified the statute, explaining that the Nevada State law changed extending the statute of limitations for reporting a sexual assault from four years to 20 years. The law is not retroactive and does not apply to alleged crimes not reported prior to the change.

In said alleged incident, Jenks, 41, reportedly claimed in a Nevada police report filed earlier this month, that she was approached by Tameka while using the restroom at Las Vegas’ McCarran International Airport in August of 2010.

Tameka allegedly offered Jenks an opportunity to spend time with the couple later that night and Jenks obliged.

After meeting up with the Harrises at their room at the famed Venetian hotel, Jenks reportedly claimed Tameka offered her a shot of tequila and soon after accepting it, Jenks began to feel dizzy.

She then claimed to have accepted the drug MDMA from T.I. and "After taking it, [T.I.] attempted to remove her clothes, which Jenks said no as he was being too aggressive and moving too quickly," the police report allegedly states.

In her written statement, Jenks reportedly claimed the rapper took her to Los Angeles on his tour bus against her wishes.

"I was having screaming fits. I was crying and T.I. forced me to have sex with him on his tour bus in LA," she allegedly wrote, adding that T.I. later took her ID and told her they’d be going to Florida, to which Jenks allegedly stated that again she did not want to go.

"When we arrived to Miami… I was forced to have sex with multiple women that I did not know," she allegedly pressed in her affidavit.

Jenks was eventually allowed to leave, however, due to the alleged drugging and events, she maintained that her "life has never been the same. I have been sick and confused."