R. Kelly charged with paying bribe before marriage to Aaliyah

The new charge accused R. Kelly of scheming with others to pay for a “fraudulent identification document” for someone identified only as “Jane Doe” on Aug. 30, 1994, according to a superseding indictment unsealed on Thursday and obtained by Fox News.

A day later, Kelly, then 27, married Aaliyah, who was 15 at the time, in a secret ceremony arranged by Kelly at a hotel in Chicago. The marriage was annulled months later because of her age.

The indictment did not mention the wedding. However, a person familiar with the investigation confirmed to Fox News that "Jane Doe" was Aaliyah and that the fake ID listing her age as 18 was to be used to obtain a marriage license.

The indictment didn't identify the person who was paid the bribe in order to get the fake ID, except to say that the person was a public employee.

Prosecutors on Thursday also submitted an index of evidence produced, which shows that the document in question was a birth certificate.

Kelly's attorney, Douglas Anton, told The Associated Press the latest charge against his client was “ridiculous and absurd."

Aaliyah, whose full name was Aaliyah Dana Haughton, worked with R. Kelly on her debut album ”Age Ain’t Nothing but a Number.” She died in a plane crash in 2001 at age 22.

R. Kelly's attorneys have long maintained he was unaware of Aaliyah's age when they married. 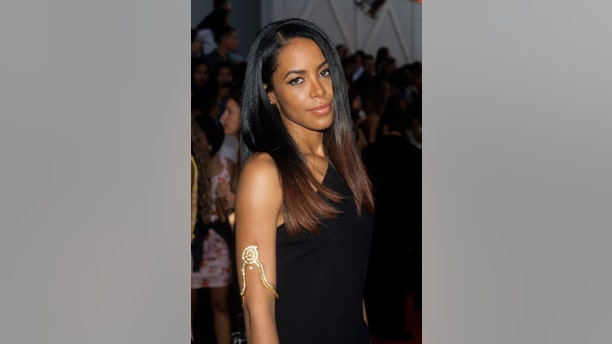 Aaliyah, pictured here at the MTV Movie Awards at Sony Studios on June 3, 2000 in Culver City, Calif., died in a plane crash at 2001 at age 22. (Photo by Kevin Mazur/WireImage via Getty Images)

The Brooklyn prosecutors already had charged the 52-year-old singer -- whose real name is Robert Sylvester Kelly -- with racketeering, kidnapping, forced labor and sexual exploitation. They alleged he and his employees and assistants picked out women and girls at concerts and groomed them for sexual abuse. He has pleaded not guilty.

Kelly has been held without bond and is scheduled to stand trial in federal court in Chicago in April on child pornography and obstruction-of-justice charges before facing trial in Brooklyn.