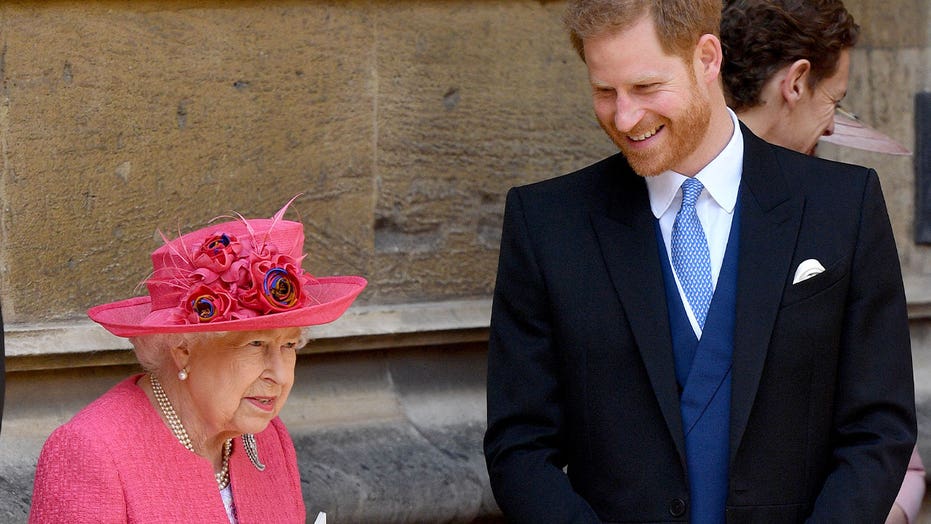 On Wednesday, a spokesperson for the Duke of Sussex told Fox News the royal recently engaged in a private discussion with his family about the planned book. Getting approval from his grandmother wasn't necessary, the spokesperson added.

It’s unclear whether the senior royals, including the reigning monarch, will get to see the book before it's released next year.

On Tuesday, a spokesperson for the Duke of Sussex confirmed to Fox News that the 36-year-old is writing what his publisher is calling an "intimate and heartfelt memoir."

It wasn't necessary for Prince Harry to ask his grandmother, Queen Elizabeth II, approval to write his upcoming memoir, said a spokesperson for the Duke of Sussex. (Photo by Julian Simmonds - WPA Pool / Getty Images)

Random House expects to release the book, currently untitled, late in 2022. While the publisher did not disclose financial terms, it has been reported Harry will earn an advance of at least $20 million for his work and will donate proceeds to charity.

In response to the book’s announcement, a spokesperson from Buckingham Palace told Fox News "this is not something we would comment on."

In his announcement, Harry said his book aims to tell "my story."

"I’m writing this not as the prince I was born but as the man I have become," Harry said in a statement. "I’ve worn many hats over the years, both literally and figuratively, and my hope is that in telling my story – the highs and lows, the mistakes, the lessons learned – I can help show that no matter where we come from, we have more in common than we think."

"I’m deeply grateful for the opportunity to share what I’ve learned over the course of my life so far and excited for people to read a firsthand account of my life that’s accurate and wholly truthful," Harry added.

According to Random House, Harry’s book will serve as "the definitive account."

"Prince Harry will share, for the very first time, the definitive account of the experiences, adventures, losses and life lessons that have helped shape him," Random House announced.

"Covering his lifetime in the public eye from childhood to the present day, including his dedication to service, the military duty that twice took him to the frontlines of Afghanistan, and the joy he has found in being a husband and father, Prince Harry will offer an honest and captivating personal portrait, one that shows readers that behind everything they think they know lies an inspiring, courageous, and uplifting human story," their statement shared.

PRINCE HARRY TO PUBLISH MEMOIR IN 2022

The Duchess of Sussex spoke of feeling lonely and nearly suicidal before they left England last year. Harry also acknowledged tension with his father Prince Charles over his decision to step back from royal duties and his marriage to the biracial American actress.

"There is a lot to work through there," said Harry about his relationship with the patriarch. "I feel really let down. He’s been through something similar. He knows what pain feels like. And [my son] Archie is his grandson. I will always love him, but there is a lot of hurt that has happened."

Harry also told Winfrey, 67, that he felt trapped by royal life and that his family cut him off financially, taking away his security. He also acknowledged that his relationship with his older brother Prince William is strained.

During the interview, the couple described painful comments someone made about how dark their son Archie’s skin might be before his birth in 2019. Harry later confirmed that the royal in question who made the heartbreaking statement about his son wasn’t the queen or Prince Philip, his grandparents.

Buckingham Palace said the allegations of racism made by the couple were "concerning" and would be addressed privately. William also assured reporters that "we are very much not a racist family."

The Duke and Duchess of Sussex currently reside in Montecito, Calif. with their two children. (AP)

Markle, a former American actress, became the Duchess of Sussex when she married Harry in May 2018 at Windsor Castle. The couple welcomed a son named Archie Harrison Mountbatten-Windsor in 2019.

The Duke and Duchess of Sussex’s departures from royal duties began in 2020 over what they described as the British media’s intrusions and racist attitudes towards the former "Suits" star, 39. The family now resides in the coastal city of Montecito, Calif.

The name pays tribute to both Harry’s grandmother, 95, whose family nickname is Lilibet, and his late mother Princess Diana.