Prince Harry has spoken lovingly of his grandfather, Prince Philip, including in an interview this past February, just over a month before the Duke of Edinburgh died at age 99.

Harry, in a "The Late Late Show" appearance that aired Feb. 25, said he'd communicated with Philip and Queen Elizabeth II frequently -- even on Zoom.

When James Corden asked the 36-year-old if his grandmother knew how to use the online chat service, Harry told the British TV host, "Yes, both my grandparents do." 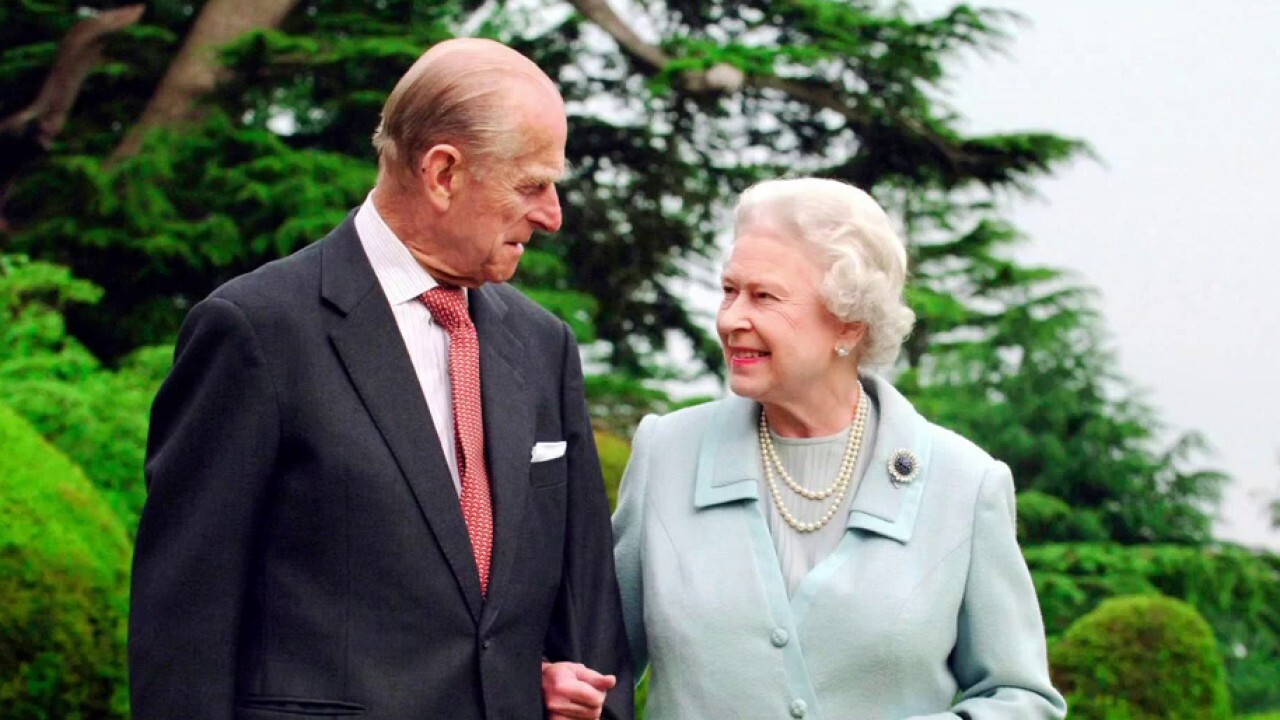 The Duke of Edinburgh Prince Philip, husband of Britain's Queen Elizabeth, has passed away.

He continued, "They have Zoomed a few times, they have seen [my son] Archie running around," he explained. "But my grandfather, instead of pressing ‘Leave Meeting,' he just goes" – and Harry pretends to close his laptop.

"I am like 'bye,' as I'm pressing," said Harry before imitating Philip closing the laptop.

James Corden and Prince Harry have been friends for years. The British TV host even attended the royal wedding of the Duke and Duchess of Sussex. (Getty, File)

The televised interview was recorded before Philip had been hospitalized for an infection. He died Friday. Buckingham Palace announced in a statement: "His Royal Highness passed away peacefully this morning at Windsor Castle."

PRINCE HARRY REVEALS WHAT HE THINKS OF NETFLIX’S ‘THE CROWN’: ‘IT’S LOOSELY BASED ON THE TRUTH’

Philip married Elizabeth in 1947 at London's Westminster Abbey five years before she became queen. He was the longest-serving royal consort in British history.

He had retired from public duties in 2017 and rarely appeared in public afterward. During England's coronavirus lockdown, he and the queen had been staying at Windsor Castle, west of London.

Both Philip and Elizabeth, 94, received COVID-19 vaccinations in January.

Harry and his wife, Meghan Markle, currently reside in California with their firstborn, Archie. On Valentine’s Day, the Duke and Duchess of Sussex announced they were expecting their second child.