Prince Harry and Meghan Markle’s son Archie may have a choice on whether or not he becomes a prince when he turns 18.

The claim was made by author Robert Lacey, who believed the Duke and Duchess of Sussex could potentially follow in the footsteps of Prince Edward and his wife Sophie, Countess of Wessex, whose children don’t have a prince or princess title. The couple’s children are instead known as James, Viscount Severn and Lady Louise Windsor.

The siblings, who are 13th and 14th in line to the throne, will reportedly get a choice on whether they want to take on royal titles when they turn 18.

"It is possible that Prince Charles may try to remove royal status from the Sussex children when he comes to the throne, but that does not seem likely," Lacey told the U.K. Times on Sunday.

The royal biographer, who is also the official consultant on Netflix’s "The Crown," has updated his book "Battle of Brothers: William and Harry – The Inside Story of a Family in Tumult" with added chapters and new material. In the original book, which was published in 2020, the British historian addressed the ongoing woes impacted by the royal family.

Lacey claimed that Charles’s main focus will be on his wife, Camilla, Duchess of Cornwall, not his grandson, who currently resides in California with his family.

"His priority… will be to gain popular support for upgrading the status of Camilla from princess consort to queen consort, and he is not likely to court unpopularity by removing HRH status from Archie and (his sister) Lili," said Lacey.

Palace insiders also alleged to the outlet that Charles, 72, does not have the power to stop Archie from becoming a prince.

"It is clear to me that the queen and her advisers have discussed this issue at the highest level, and that the future royal status of Archie and Lili is not in jeopardy in her lifetime," Lacey added.

One of the most shocking claims made by the Duke and Duchess of Sussex during their televised interview with Oprah Winfrey in March was the allegation that Archie was denied a royal title, possibly because of his skin color.

Archie, who is seventh in line to the British throne, is simply known as Archie Harrison Mountbatten-Windsor. In contrast, the children of Harry’s older brother, Prince William, are Prince George, Princess Charlotte and Prince Louis.

Markle, 39, said that while she was pregnant "they" — presumably the palace — "were saying they didn’t want him to be a prince … which would be different from protocol."

VERDICT FROM MEGHAN MARKLE’S BULLYING INVESTIGATION COULD BE DELAYED TO 2022: REPORT

This image provided by Harpo Productions shows Prince Harry, from left, and Meghan, The Duchess of Sussex, in conversation with Oprah Winfrey.  (AP, File)

She implied it might be a case of "the first member of color in this family not being titled in the same way that other grandchildren would be."

Queen Elizabeth II has 11 great-grandchildren, including Archie and his sister Lilibet. The grandchildren are not princes and princesses, apart from the three children of William, who is second in line to the throne and destined to be king one day.

Bob Morris from the Constitution Unit at University College London, told The Associated Press that the rule was drawn up to trim the increasingly unwieldy number of princely titles.

"Queen Victoria had nine children who were all princes and princesses, and then they had children and so forth, and George V took the view ... that something needed to be done to tidy up the situation," he said.

The queen has the power to amend the rules, and in 2012 she decreed that all the children of William and his wife Kate Middleton, not just the eldest, would be princes and princesses.

Under the George V convention, Archie is not a prince but will become one as the grandchild of a monarch once Charles, the current heir to the throne, becomes king.

In her interview, Markle said she was told that "they want to change the convention for Archie."

It is unclear what she was referring to, but Morris said Charles has let it be known "that he favors a smaller royal family" when he takes the throne.

Archie was eligible for a "courtesy title" at birth, such as Lord Archie Mountbatten-Windsor. At the time, it was reported that Harry and Markle had chosen not to give him a title. However, the duchess told Winfrey that "it was not our decision to make." She expressed concern that without a title, Archie "wasn’t going to receive security."

Still, a royal title such as prince or princess does not automatically bring security protection. Full-time working royals — including the Duke and Duchess of Sussex before they moved to North America last year — receive taxpayer-funded police bodyguards. Senior royals who have jobs outside the family, such as Prince Andrew’s daughters Princess Beatrice and Princess Eugenie, do not.

Buckingham Palace didn't respond to that specific allegation made in the interview. In a statement, it said "the issues raised, particularly that of race, are concerning. While some recollections may vary, they are taken very seriously and will be addressed by the family privately."

The Duke and Duchess of Sussex currently reside in California with their son Archie (pictured here) and daughter Lilibet. (Getty)

Markle, a former American actress, became the Duchess of Sussex when she married Harry, 36, in May 2018 at Windsor Castle. The couple welcomed Archie in 2019.

The Duke and Duchess of Sussex’s departures from royal duties began in 2020 over what they described as the British media’s intrusions and racist attitudes towards the former "Suits" star. The family now resides in the coastal city of Montecito, Calif.

In the wake of quitting royal duties, they gave an explosive TV interview to Winfrey, in which the couple described painful comments about how dark Archie’s skin might be before his birth. The duchess talked about the intense isolation she felt inside the royal family that led her to contemplate suicide.

The name pays tribute to both Harry’s grandmother, whose family nickname is Lilibet, and his late mother, Princess Diana. 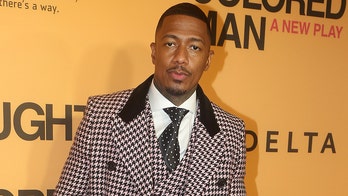