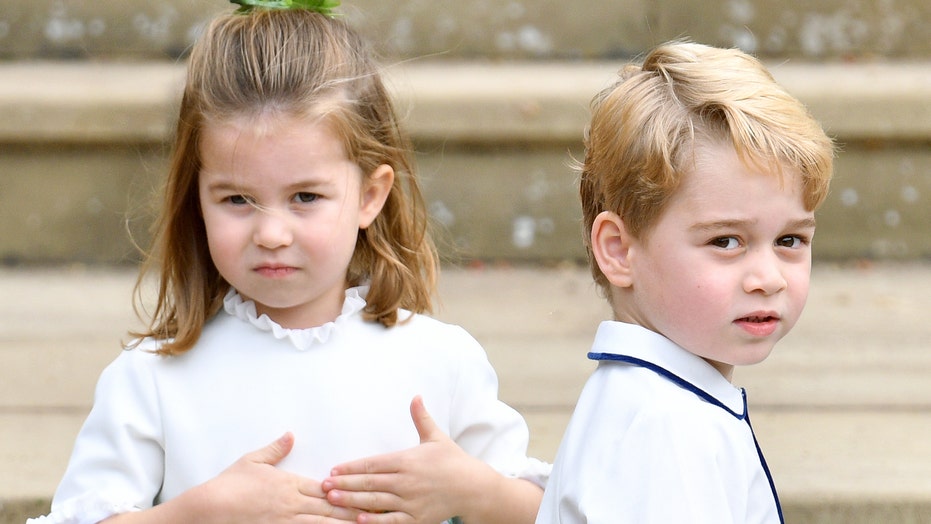 Even at 7 years old, Prince George knows his life is very different from his siblings.

George is one of England's kings-to-be after his grandfather, Prince Charles, and father, Prince William following Queen Elizabeth II.

Royal expert Katie Nicholl recently spoke with U.K.'s OK! Magazine to discuss the young royal, who is the older brother to Charlotte, 5, and Louis, 2.

The expert notes that George is well aware that he's "very different" from his siblings as he often "gets taken away" from his sister and brother to participate in photoshoots with William, 38, Charles, 71, and the Queen, 94, per the Daily Mail.

Young George "understands" his unique position, she said, despite efforts by William and his wife, Kate Middleton, to treat all of their children equally.

The idea of one day becoming a monarch is "being introduced to him gradually," Nicholl explained.

Despite the royal youngster's notably unique situation, Nicholl said that "the true enormity of what his life will one day be isn’t something he’s fully aware of yet."

"I think George understands, like William did from a very early age, that he’s different from his younger brother and sister and that he’ll have a different future," she said. "After all, he gets taken away to do photoshoots with Her Majesty the Queen, so he must notice he’s been singled out."

Queen Elizabeth, Prince Charles, Prince William and Prince George pose for a photo to mark the start of the new decade in the Throne Room of Buckingham Palace, London. (Ranald Mackechnie/Buckingham Palace via AP)

Nicholl again stressed that William and Middleton, 38, treat the children equally, claiming the opposite was true for William and his younger brother Prince Harry.

She claimed that as a child, William struggled to accept that he had "no choice about which path his life would take," so he's doing what he can to avoid putting a similar stressor on George.

George is often seen in portraits with the Queen, Charles and William, such as ones released late last year, showing the young Prince preparing Christmas pudding with his royal predecessors.

Similarly, a handful of other portraits featuring George without his siblings have been released.