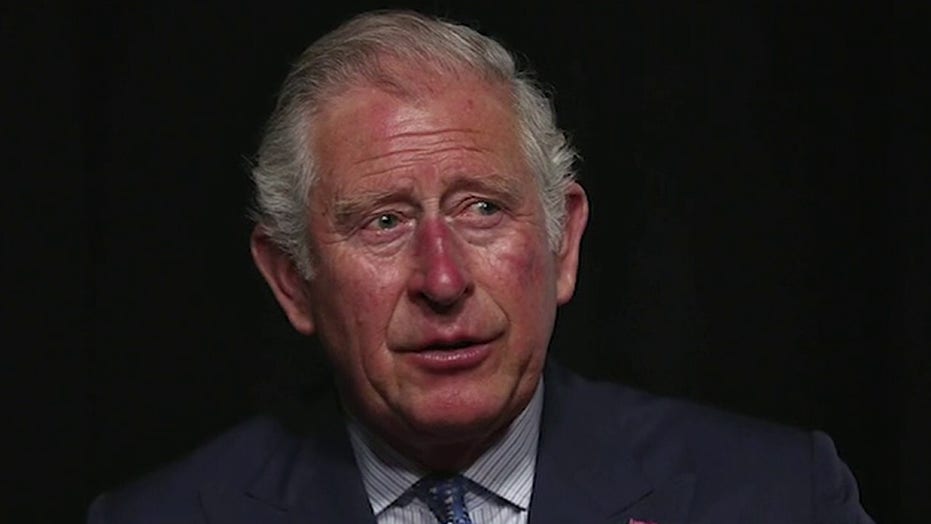 Buckingham Palace says Queen Elizabeth is in good health and remains in isolation; Benjamin Hall reports from London with the latest on the global response.

Prince Charles is “on the other side” of his coronavirus diagnosis.

The son of Britain’s Queen Elizabeth II, who tested positive last week for COVID-19 after “displaying mild symptoms,” took to Instagram on Wednesday to announce he is feeling better but is still practicing social distancing and isolation.

“Having recently gone through the process of contracting this coronavirus, luckily with relatively mild symptoms, I now find myself on the other side of the illness but still in no less a state of social distance and general isolation,” the 71-year-old announced.

"As we are all learning, this is a strange, frustrating and often distressing experience when the presence of family and friends is no longer possible and the normal structures of life are suddenly removed," Charles continued. "At such an unprecedented and anxious time in all our lives, my wife [Camilla, Duchess of Cornwall] and I are thinking particularly of all those who have lost their loved ones in such very difficult and abnormal circumstances, and of those having to endure sickness, isolation and loneliness.

“There are truly wonderful neighbors, individuals and groups of volunteers who are providing ceaseless care and attention to those most at risk, and that all this network of selfless assistance is, in itself, helping to provide vital assistance and reassurance to the hard-pressed professional services."

"As a nation, we are faced by a profoundly challenging situation, which we are only too aware threatens the livelihoods, businesses and welfare of millions of our fellow citizens,” the Prince of Wales concluded. “None of us can say when this will end, but end it will. Until it does, let us try and live with hope and with faith in ourselves in each other. Look forward to better times to come."

On Monday, it was revealed that Charles, who is first in line to the British throne, was no longer in self-isolation.

“Clarence House has confirmed today that, having consulted with his doctor, The Prince of Wales is now out of self-isolation,” a representative told Fox News in an emailed statement.

In this Monday, March 9, 2020 file photo, Britain's Prince Charles and Camilla the Duchess of Cornwall, in the background, leave after attending the annual Commonwealth Day service at Westminster Abbey in London, Monday, March 9, 2020. Prince Charles, the heir to the British throne, tested positive for the new coronavirus. The prince’s Clarence House office reported on Wednesday, March 25, 2020 that the 71-year-old is showing mild symptoms of COVID-19 and is self-isolating at a royal estate in Scotland. For most people, the coronavirus causes mild or moderate symptoms, such as fever and cough that clear up in two to three weeks (AP Photo/Kirsty Wigglesworth)

Charles is said to be in good health after being in self-isolation for seven days at his Birkhall home in Scotland, per the country’s government and medical guidelines. He is now complying with current standard government and medical restrictions that apply to all citizens nationwide as he continues to work.

His wife, Camilla, the Duchess of Cornwall, 72, tested negative. However, Reuters reported that Camilla will remain in self-isolation away from Charles until the end of the week in case she too starts to develop symptoms.

When it first announced that Charles had tested positive for COVID-19, Clarence House said it is "not possible to ascertain" whom Charles may have caught the virus from, and the office made note of a "high number of engagements" he carried out in recent weeks.

The British royal family announced on its official website last week that Elizabeth would temporarily move to Windsor Castle amid the growing coronavirus pandemic one week earlier than planned.

Charles and Camilla had already canceled their upcoming eight-day royal tour, which was set to begin on March 17 and conclude on March 25, with stops in Bosnia and Herzegovina, the Republic of Cyprus and Jordan.

“Owing to the unfolding situation with the coronavirus pandemic, The British Government has asked Their Royal Highnesses to postpone their spring tour to Bosnia and Herzegovina, Cyprus and Jordan,” their office shared in a statement at the time.