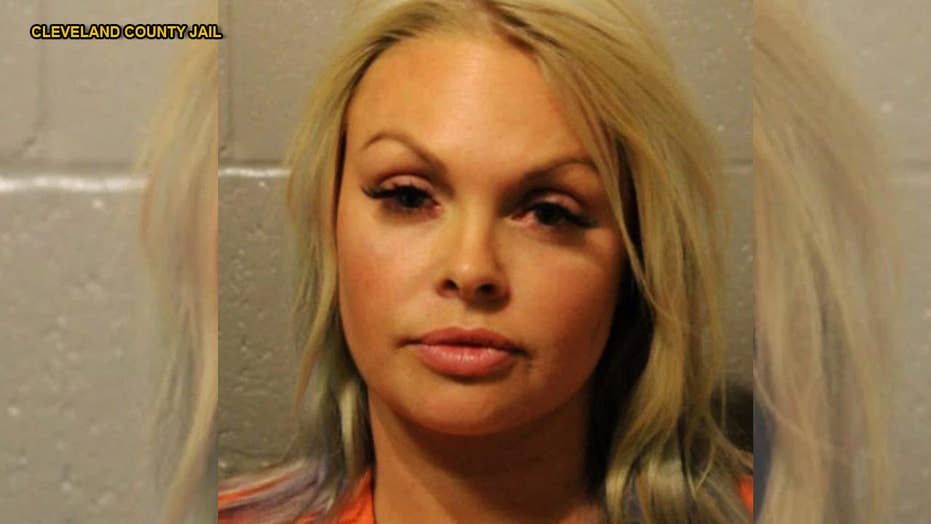 Jane — whose real name is Cindy Taylor — was arrested on Nov. 10 after the match between Oklahoma and Oklahoma State in Norman, where the 38-year-old was unable to provide cops with a number for someone to come pick her up after being spotted lying on a sidewalk, KFOR reports.

Police body-camera video obtained by the station shows the adult film star seated in the back of a police cruiser moments after being approached by police following Oklahoma’s 48-47 win in front of more than 87,000 fans.

“She pissed her pants,” one officer said. “Do you want to search her?”

Cops tried to help Jane by asking her to provide a phone number for someone to pick her up, but she was unable to help herself, video obtained by the station shows.

“I didn’t do anything,” she replied.

At another point, an officer flatly offered to call someone to pick Jane up so she could avoid a trip to jail.

“OK, yes, as long as you know I didn’t do anything,” she told an officer.

“No one is saying you did anything, we just need to know if we can call somebody,” the cop replied.

“What number do we need to call for you?” the cop continued.

“No, I’m asking you to give me a number,” an amused officer said.

The exasperated officer then asked Jane again for a number to call, video shows.

“I’m trying, but you’re yelling at me,” Jane said.

Jane, who had no phone or money on her at the time, then flatly told the officer to take her to jail.

“All right, you’re under arrest for public intoxication,” the officer replied.

Jane was later booked into the Cleveland County Jail on a public intoxication charge, KFOR reported.

Jane, meanwhile, told the station that she was drugged and was released by police once her claim was confirmed. Jane also did not spend the night in jail, she said.

Messages seeking comment from Jane and Norman police were not immediately returned Friday.

Photos and videos posted by Jane on Twitter earlier that evening show her complaining about the cold weather in Oklahoma and enjoying nachos and a pretzel with a friend.

This article originally just appeared in the New York Post.