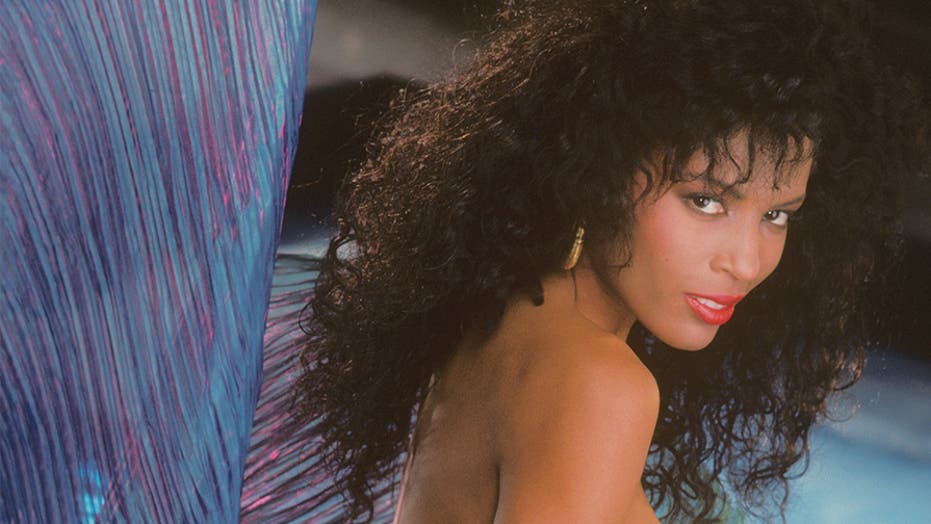 Renee Tenison rocked her small town of Melba, Idaho when she became Playmate of the Year in 1990 — the first African American to receive the title.

But despite raising plenty of eyebrows, the now 51-year-old insisted she has zero regrets stripping down for Playboy. In fact, the pinup recently returned to her Playmate roots when she, along with several veteran Playmates of different ages and races, appeared in the ‘70s inspired “Once a Playmate, Always a Playmate” cover photoshoot, representing the magazine's first-ever Equality issue.

Nearly 800 women have been named Playboy Playmates, with Marilyn Monroe being the first to receive the honor since Hugh Hefner founded the magazine in 1953, People magazine reported. Hefner passed away in 2017 at age 91.

Tenison spoke to Fox News about how she was discovered by Playboy, why she later posed with her twin sister, as well as her favorite memory of Hefner.

Renee Tenison is one of several veteran Playmates to star in Playboy's Equality issue. The cover story is called 'Once a Playmate, Always a Playmate.' (Courtesy of Playboy)

Fox News: What was it like growing up in small-town Melba, Idaho?
Renee Tenison: It’s a really small farming town. About 300 people in it. Very conservative. My twin sister and I were the only African Americans in the entire school. And there’s not a huge African American population in Idaho, to begin with. So you didn’t have a lot of people to identify with. So the people of Melba were really shocked [when I later appeared in Playboy] because it’s such a small town. But they were receptive.

Fox News: How were you originally discovered by Playboy?
Tenison: I had a boyfriend at the time and he subscribed to the magazine. I was always looking at the magazine and the Playmates that were in there. I wasn’t jealous at all. I just thought they were really pretty. And one day he just told me, "You can be one of those girls. I can take photos of you and send them in. I bet they would pick you."

So I had photos taken and we sent them in. Soon after, I was being tested. Keep in mind, I’m from Idaho – I’ve never modeled before. I’ve never been on a plane. But I found myself being flown to Chicago and staying at a swanky hotel. I was 18-19 at the time. I got to be Miss November 89.

Renee Tenison, now 51, became the first African American Playmate of the Year in 1990. (Courtesy of Playboy)

Fox News: Not only did you later become Playmate of the Year in 1990, but you were also the first African American to receive the honor. What did that title mean to you?
Tenison: For me, I had no idea what it meant initially. I didn’t know much about Playboy, let alone the history. I just thought the magazine was cool. But afterward, I kept hearing this buzz about how wonderful it was Hef chose me as Playmate of the Year. And apparently, they’ve never had an African American Playmate of the Year before. And the title completely changed my life. I was just 19 and I woke up to all of this fame. It broke down a color barrier and I was happy to be a part of that.

Fox News: It’s been said that your town found the photos to be scandalous.
Tenison: Remember, this is Idaho. It’s a really small, conservative town. I didn’t tell my dad. I didn’ tell anybody. I just went ahead and did it. I didn’t want anyone to ruin my experience. My sister was like, "Oh my God, I can’t believe you’re going to do this. Everyone is going to think you’re sleazy."

But you know what? I was going to do it anyway. I eventually told my mom and she gave me a thumbs-up to go do it. When the photos came out, the people didn’t know how to handle it exactly. But it wasn’t a negative thing. They were just shocked. A local girl doesn’t just pose for Playboy. They may have thought posing nude was scandalous, but I didn’t.

Fox News: What’s your favorite memory of Hugh Hefner?
Tenison: He was really into history. When he wanted to sit down and talk to me, I had dinner with him and [now ex-wife] Kimberley [Conrad]. I just remember him being this huge history buff. He just lit up when he could talk about all this knowledge he had. He was like a little Yoda. He knew so much about everything.

I remember he would just tell you all of this information effortlessly. He was an incredibly nice guy who always made you feel comfortable, made you feel right at home. He made you feel special, that’s the one thing I’ll never forget. He always made you feel that you mattered as a Playmate. You weren’t just another girl. Each and every Playmate mattered. And he always remembered you. You were part of his Playboy family for life.

Fox News: Who came up with the idea of you to pose with your twin sister for Playboy?
Tenison: Hef always wanted my sister and I to pose together. For years, he’d be like, "Renee, I really want you and your sister to do this pictorial for me." But she wouldn’t do it. Then one day, I was at a party and Hef was there. He walks up to me and he had something in his pocket.

Renee Tenison would go on to pose with her twin sister Rosie for Playboy. (Courtesy of Playboy)

He pulls it out. They were plane tickets. He said, "I really want you and your sister to pose for the magazine. So, therefore, I will pay to take you two anywhere in the world. Pick wherever you want to go and just take photos when you’re there." It was a pretty decent proposal (laughs). I mean think about it – you can go anywhere in the world for free, be photographed by the best photographers in the business and get paid for it.

I explained this to my sister and she’s like, "You’re absolutely right." Then one of the guys who worked for Playboy told us, "I would pick Cuba. Playboy has never been able to shoot in Cuba. So it would make the photos even more special." That’s why we ended up picking Cuba. And they flew everybody in for that shoot – the best photographers, the best hairstylists — you name it. There was such great attention to detail. A team of people came together to make these beautiful images come to life. It was magical. It was really a dream to live out a fantasy and get paid for it.

Fox News: How did it feel to return to your Playmate roots with Playboy’s Equality issue?
Tenison: It was like I never left. It was really fun. It was a creative shoot. It had nostalgia, all these Playmates from different decades, and it turned out beautiful. I was happy to be part of it. It was bittersweet because we all really do miss Hef and he wasn't around for this special moment.

Fox News: How were you approached to participate in the Equality issue?
Tenison: I got an email from Playboy about the Equality issue and I thought it was cool. But at first, I thought, "Oh my God, it might feel strange for me to pose nude after 50." But then I thought, "You know what? You’re not going to get another shot to be featured at this level." And they didn't disappoint. I was honored to be part of it.

Fox News: Take us back to the day of the shoot. What was it like?
Tenison: It reminded me of the first time I shot my centerfold. At first, you’re really apprehensive and you’re even thinking whether you should take your robe off or not (laughs). But nobody really cares whether you’re naked or not once you’re on set. Everyone is so professional and really, you’re shooting art. So by the end of the shoot, you’re just feeling so comfortable and confident about yourself. Nobody treats you any differently when you’re nude.