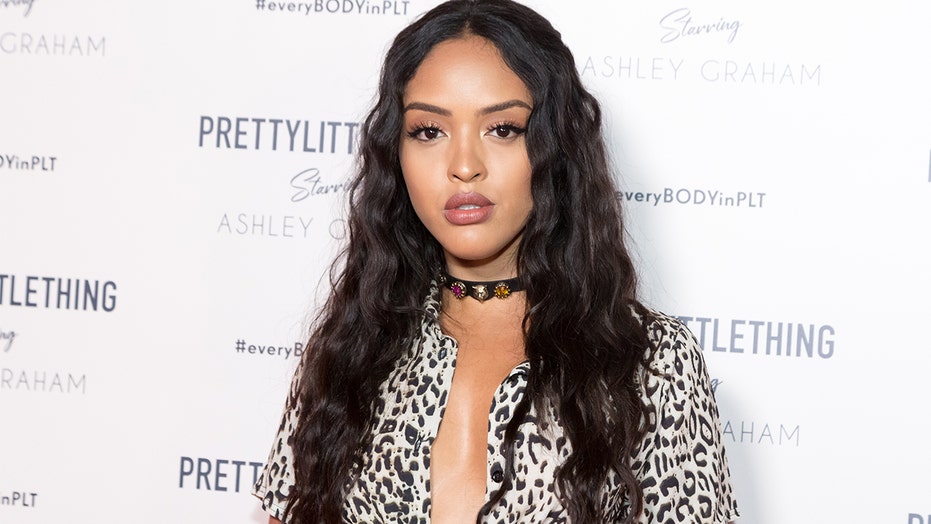 The model, originally from São Paulo, Brazil, is heating things up as the publication's Winter 2021 Playmate as the franchise expands during the New Year.

Back in March 1965, Playboy featured Jennifer Jackson, their first Black Playmate. According to the outlet, the magazine faced backlash and canceled subscriptions for the groundbreaking pictorial, which is celebrated today. The outlet hopes to continue challenging social standards of beauty.

"Our 2019 and 2020 Playmates represent the most diverse group in Playboy’s 67-year history, across race, body type, ability, sexual identity and background," Anna Ondaatje, Playboy’s VP of Global Brand & Franchise Strategy, wrote for Medium.com. "We are not going to regress; we will continue to push boundaries and embrace the power - and responsibility - of our platform to challenge beauty standards and ‘the norm.’"

ALI CHANEL ON BEING PLAYBOY’S CURVIEST PLAYMATE: 'I THINK THE WORLD IS READY TO ACCEPT ALL BODIES'

The outlet will now feature four Playmates each year instead of 12, granting each pinup three months in the spotlight.

Guedes spoke to Fox News about being the first seasonal Playmate, why she left Brazil to pursue her dreams, as well as how her family feels about the Playmate title.

Fox News: You’re the first-ever seasonal Playmate. What was your initial reaction to the announcement?
Izabela Guedes: Honestly, I was just so, so happy. I couldn’t believe they chose me. I’ve been modeling for so long so to be part of Playboy is just incredible. It’s such an iconic magazine and so important to our culture.

Fox News: We have Playmate of the Month and Playmate of the Year. What makes the seasonal Playmate different?
Guedes: I think it’s an opportunity to get to know a Playmate better. For example, I’m from Brazil, so this is an opportunity to show a little bit of my Brazilian culture, which is cool. I think it’s a chance to know a Playmate better. And you can develop an even stronger connection with them. I think one month goes by so fast so three months is definitely cool *laughs*.

PLAYBOY PLAYMATE KHRYSTYANA RECALLS STRUGGLING WITH HER SIZE: ‘I WAS TRYING TO LOSE WEIGHT EVERY DAY’

Fox News: How were you discovered by Playboy?
Guedes: I think it was on Instagram, can you believe it? *laughs* [One of the editors] was just surfing the internet and she somehow found me.

Fox News: What was it like shooting for Playboy?
Guedes: Well, we had three shoots which were really cool. Most of the team was girls which was incredible in itself. It just felt so nice. I felt so comfortable. They were incredibly nice and put me at ease right away. They set the mood and it was a really positive one. And it was a collective so we took part in the entire planning of the shoot. I even did my own makeup because I’m a makeup artist and helped with the hair. It all felt like we were just hanging out and creating something incredible.

Fox News: Were you nervous posing for a magazine like Playboy?
Guedes: You know, maybe a few years ago I would have told you how super nervous I was. But that wasn’t my experience at all. I felt completely comfortable once I showed up. They did a great job in making that happen. The team always made sure I felt good about myself. They always asked if I wanted something different. It felt like it was all about me and I was being celebrated. So I wasn’t nervous at all. In fact, I was 100% comfortable.

Fox News: Several Playmates previously told us they never felt like they had to be a certain weight or size to be in Playboy. They can simply be themselves.
Guedes: Yeah, that was my experience too. I felt like in Brazil, it was really hard to be accepted. But here in America, it’s way more inclusive. And in Playboy now, you see so many different body types. I didn’t have to go on a diet, change anything about my [health habits] or workout routine.

They simply said, "We love you how you are." I felt accepted for who I was. With other magazines, when you know you have a shoot, you feel compelled to go on a super restrictive diet and workout like crazy. But not with Playboy. It was completely different.

Fox News: How important is it for a publication like Playboy to celebrate diversity now more than ever?
Guedes: It’s extremely important. You know, when I was told I was going to be a Playmate, I was honestly surprised. I wasn’t expecting someone like me to get such an opportunity to represent myself and be celebrated for it. And this issue is very significant because we have Black History Month.

Izabela Guedes is using her platform to speak out in support of social action causes like the Black Lives Matter movement. (Photo by JC Olivera/Getty Images)

I was given the opportunity to talk about my experience as a woman of color ad how we have so much work to do. Now I have so many girls reaching out to me saying how I’m inspiring them, how I’m giving them hope that they too can be celebrated as a woman of color. It makes me extremely happy that people can identify with me and feel like they can see themselves in me. I really want to be a part of it all and inspire people.

Fox News: You’re a supporter of the Black Lives Matter movement.
Guedes: I think a lot of people still think we don’t have to talk about [racism] as much, but we do. We need to be educated because racism exists.

We need to talk about how we can improve things. I think last year because we were [at home] due to the coronavirus, we had the chance to really sit down and see what was going on in our world and understand the injustices that still exist. If you choose not to see [racism] it won’t exist for you. But it’s been happening and it's still happening.

Izabela Guedes said many girls have reached out to her on Instagram since appearing in Playboy. (PlaKanya Iwana)

Fox News: How does your family feel about you being in Playboy as the seasonal Playmate?
Guedes: Oh they’re so happy *laughs*. I’m really, really lucky. My mom, my sister, my grandma - they’re all supportive. The first person I called when I saw my photos was my mom. They’re incredibly proud.

In Brazil, it’s a huge deal to be in Playboy. It was always iconic for us. It represented glamour. And if you made it, you ended up on TV - just everywhere. So it’s always been celebrated. I remember when I first found out I was going to be in Playboy, I immediately thought of Marilyn Monroe because she was the first Playmate. It doesn't get more iconic than that. So to share the same title as Marilyn Monroe is so exciting. And the magazine, the legacy of Playboy has grown so much since she was the first Playmate. I’m incredibly proud to represent Playboy in 2021.

DANIELLE ALCARAZ REFLECTS ON BEING A PLAYBOY PLAYMATE: 'I'VE ALWAYS BEEN PRETTY COMFORTABLE IN MY SKIN'

Fox News: The fashion industry is certainly featuring more body types. What changes would you like to see happen?
Guedes: I think [the fashion industry] should feature more girls we can all relate to. We need to see everybody. Women of color, Asian girls - just everybody because we all exist. I think [the fashion industry] sells this dream that doesn’t really exist. It tells us we need to look a certain way to be accepted. But now it’s changing, thankfully. I mean, even five-six years ago it was so different. I think it’s only the beginning, but we’re going to get there.

Fox News: What do you think kept you going after so many rejections?
Guedes: Ambition. I’ve always been ambitious. I had this dream that I was going to make it and nothing was going to stop me. I was going to do it and I wasn’t going to settle. So many agencies constantly told me no or I needed to lose weight to look a certain way. It was rejection after rejection.

Izabela Guedes said she was constantly rejected as a model in Brazil before moving to the United States. (Playboy/Kanya Iwana)

So I started doing things by myself. I created my own shoots, took my own photos, collaborated with photographers. That's how I really started working. And I just never gave up. I never stopped. I really believed in myself and I didn’t let the no’s stop me from pursuing my dream. I just knew that somehow, I was going to get there.

Fox News: What do you hope readers will get when they see your image and learn about you for the very first time?
Guedes: I hope they see a very down to earth girl who is full of life and spirit.