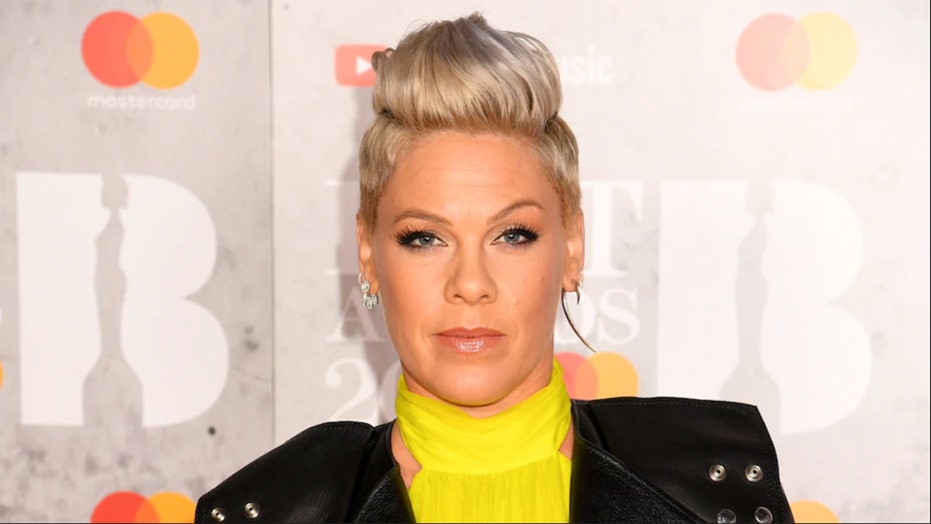 Pink has offered to cover the fines levied against the Norwegian women’s beach handball team after the squad elected to wear biking shorts in lieu of bikini bottoms during the Euro 2021 tournament.

The pop star, 41, slammed the European Handball Association and its "sexist rules" on social media after they issued the team a disciplinary fine of 1,500 euros – roughly $1,700 – for "improper clothing" as the women traded their high-cut bikini bottoms for thigh-length elastic shorts during their bronze medal match against Spain in protest to the rule.

"I’m VERY proud of the Norwegian female beach handball team FOR PROTESTING THE VERY SEXIST RULES ABOUT THEIR 'uniform,'" Pink write on Twitter. "The European handball federation SHOULD BE FINED FOR SEXISM. Good on ya, ladies. I’ll be happy to pay your fines for you. Keep it up."

PINK SLAMS 'ALL LIVES MATTER' CRITICS IN THE COMMENTS OF HER PROTEST PHOTO: 'EDUCATE YOURSELF'

It took no time for tennis legend Billie Jean King to usher in her own support of the Norwegian team and denounced the double standard as it pertains to male athletes and "sexualization" of women athletes.

"The Norwegian Women’s Beach Handball team is facing fines for wanting to wear shorts instead of bikini bottoms. The bottoms are not to cover "more than 10cm on any sides," King wrote on Twitter. "The men’s team wears shorts. The sexualization of women athletes must stop."

PINK SHUTS DOWN ALL LIVES MATTER COMMENTERS ON INSTAGRAM: 'YOU DON’T EVEN HEAR YOURSELF'

A statement from the European Handball Federation last week said the team would be subjected to a fine of 150 euros per player – about $175 – for not adhering to the uniform rule.

"The Disciplinary Commission at the Beach Handball EURO 2021 has dealt with a case of improper clothing," the statement reads. "In the bronze medal game against Spain on Sunday the team of Norway played with shorts that are not according to the Athlete Uniform Regulations defined in the IHF Beach Handball Rules of the Game."

On July 20, the team also thanked all who publicly supported them amid the sideshow headlines which seemingly took away from the event itself.

"We are also very proud about making a statement in the bronze final by playing in shorts instead of required bikini bottoms! We are overwhelmed by the attention and support from all over the world!" the Instagram post reads.

Complete with a series of photos of the women competing, the post adds, "Thank you so much to all the people who support us and help spread the message! We really hope this will result in a change of this nonsense rule!"

They concluded the memo with the hashtag, let them wear shorts.