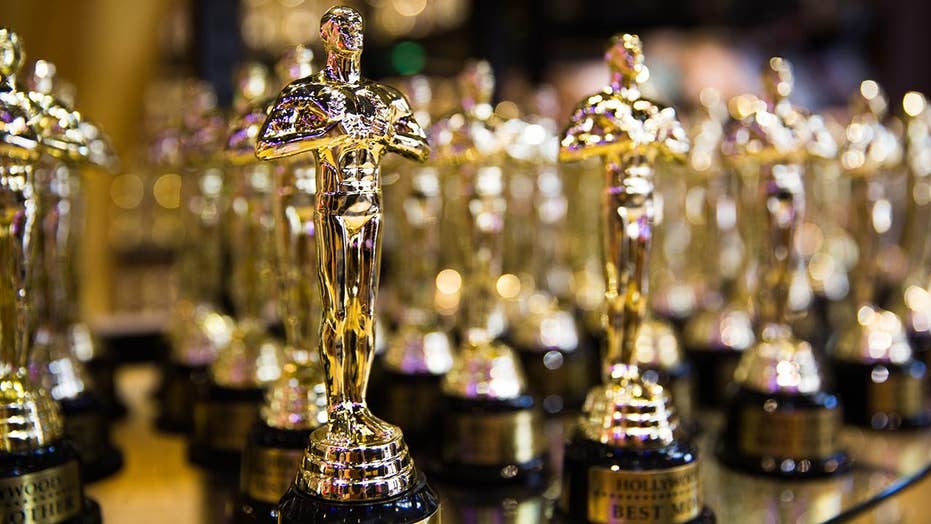 Throughout the 92-year history of the Oscars, there have been plenty of surprising wins. Check out some of the most notable surprises including Kevin Costner’s victory over Martin Scorsese and 'Rocky' edging out 'Taxi Driver.'

Julia Louis-Dreyfus and Will Ferrell are standing on the Oscars stage performing some hilarious material for a few dozen people who are in stitches watching the two comedians. No, the entirety of Hollywood didn’t flake on the 92nd Academy Awards or get stuck in some horrendous traffic jam.

It’s Saturday, the day before the film industry’s biggest night and everything has a stand-in: The Oscars are plastic, the winners are “for this rehearsal only” and the same guy is playing Leonardo DiCaprio and Keanu Reeves.

For Louis-Dreyfus and Ferrell, both in casual weekend outfits (save for her show-night height satin heels), it’s a chance to run through their lines and possible improvisations even if the room is mostly empty seats with giant place cards showing where nominees and presenters are sitting.

But a limited audience didn’t have the comedians holding back. Louis-Dreyfus even spaced out for a minute laughing, but her co-presenter had her back and gently tapped her to re-focus on the teleprompter. “Oh (expletive),” Louis-Dreyfus said.

Louis-Dreyfus and Ferrell are just a few of the stars who circulated in and out of the Dolby Theatre to rehearse Saturday, including Tom Hanks, Salma Hayek, Jane Fonda and Mahershala Ali. Fonda found herself a little star-struck and marveled at “all the famous faces” in the crowd, even though she was just looking at pictures of the stars in the seats they’ll be sitting in show night.

Hanks nodded to Brad Pitt’s place card and Hayek was excited to discover that she’d be sitting near “all of her friends,” including fellow presenter Penelope Cruz. She also made sure to note the lighting situation since it would impact the kind of makeup she decides to wear Sunday.

But the stars weren’t always confined to the stage, especially if they arrived a little early. Timothee Chalamet parked himself in the front row and laughed heartily at Maya Rudolph and Kristen Wiig’s funny bit, while his co-presenter Natalie Portman looked on from a few rows back with a big smile on her face.

The rehearsals are meant to work through quirks and potential issues. They range from the small — like the teleprompter going black for Academy of Motion Picture Arts and Sciences President David Rubin — to the big, like whether or not a 21-person choir will remain in the background or make their way all the way to the front of the stage by the time a certain nominated song concludes.

When it was Portman’s turn to practice, she asked if there was “any etiquette” when it comes to exiting the stage. Show director Glenn Weiss told her that yes. In fact, it’s advisable to follow behind the winner, he said.

Rehearsals are part of the deal for anyone who accepts the presenter gig, although some acts are kept top secret until Sunday's show. To preserve the surprise, there are times everyone but the most essential crew have to exit the theater.

It’s a multi-day process in the leadup to the show. On Friday, a handful of the nominated musicians ran through their numbers with the help of the live orchestra, which will be led by a female conductor for the first time ever. Chrissy Metz practiced belting out the nominated song “I’m Standing With You,” from the film “Breakthrough,” while composer and lyricist Diane Warren cheered her on from the audience.

But even with the live broadcast looming, the atmosphere was calm and jovial inside the theater. Some of the stand-ins have been Oscars rehearsals regulars for decades and many put thought and a deep knowledge of the film industry into their acceptance speeches.

Makeup artists Antonio Rael has been standing in for big stars for 34 years. He’s played Robert De Niro, stood next to Beyoncé and remembers when the Dorothy Chandler Pavilion shook with aftershocks from the 1994 Northridge Earthquake. This year he’s playing Adam Driver and Sam Mendes. Still, it can be nerve-wracking even if it’s just rehearsals.

“Some of the new people get so stressed out,” Rael said.

Rael was talking about the stand-ins but that doesn’t mean some of the stars aren’t anxious as well. Chalamet may have already been nominated for an Oscar, but he’s not immune to nerves, especially when he found out who he’d be following. You’ll have to tune in Sunday night to the broadcast, however, to find out just who it is.