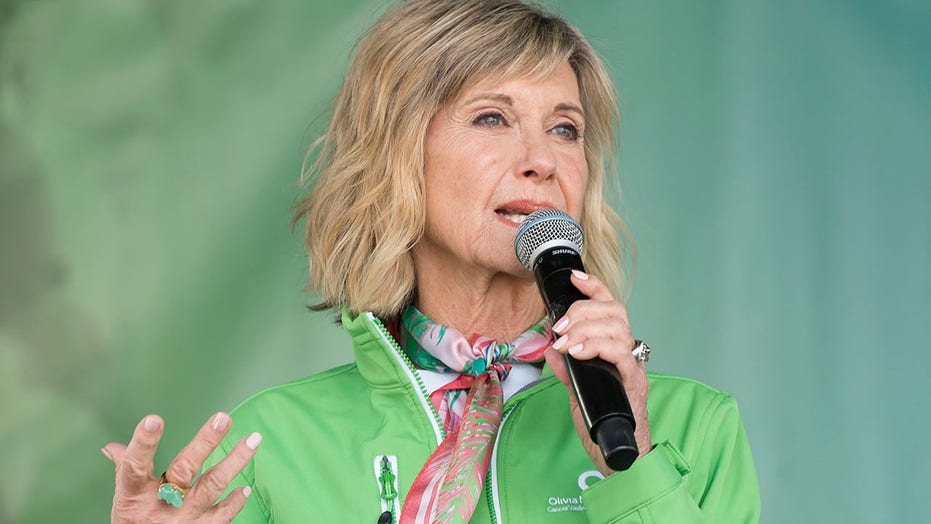 Olivia Newton-John has a new update concerning her health.

The singer/actress was first diagnosed with cancer in 1992 and overcame the illness once more in 2013. In 2017, the "Grease" star was told that cancer had metastasized and spread to her bones.

The 72-year-old recently told Closer Weekly that she feels "good."

"There are a lot of herbs that I take," Newton-John explained to the outlet. "And over the last 10 years, I’ve used cannabis. My husband makes me tinctures that help me immensely with pain, inflammation, sleep and anxiety. I’d like to research all that and find out what else is going on because I feel good."

OLIVIA NEWTON-JOHN REMEMBERS KELLY PRESTON, WORKING ALONGSIDE THE LATE ACTRESS: IT WAS A ‘VERY SPECIAL TIME’

"I’ve also been eating vegan because my daughter was visiting me and she’s a vegan," Newton-John continued. "I feel very good. I try to do something for myself every day that I love, like seeing my horses or sitting in the garden."

The star launched the Olivia Newton-John Foundation, which helps research "plant-based medicine and other holistic and wellness therapies" in order to "discover kinder ways to prevent, treat and cure all cancers."

"After having lived for years with different cancers, and having surgery, chemotherapy and radiation, I thought it would be wonderful if we could find different kinds of treatments for people going through cancer," she told the outlet. "I’ve been lucky enough to be married to an amazing man, ‘Amazon’ John [Easterling], who’s a plant medicine man. So I’ve taken a lot of plant medicine over the last years and have done well. We want to raise money to fund the studies on plant medicine."

Newton-John has been keeping busy pursuing her passions. Earlier this year, she released a duet with her daughter Chloe Lattanzi titled "Window in the Wall." She has also stayed in touch with her "Grease" cast-mates.

Olivia Newton-John said she still stays in touch with her ‘Grease' castmates including John Travolta. (Getty)

"We do stay in touch," she said. "There is an e-mail chain with a bunch of us. John [Travolta] and I have done meet-and-greets. And Didi [Conn] and I are really close still. We all have a great relationship because we shared some very special times together."

Back in February, Newton-John told People magazine she was "feeling great."

"I’m so lucky to still be doing all these things," she said at the time. "I don’t think I imagined living this long! I feel very blessed. I’m very lucky to be married to a wonderful man who is a plant medicine man, and he has great knowledge. Now he’s growing medicinal cannabis for me, and it just has been wonderful. It helps me in every area."