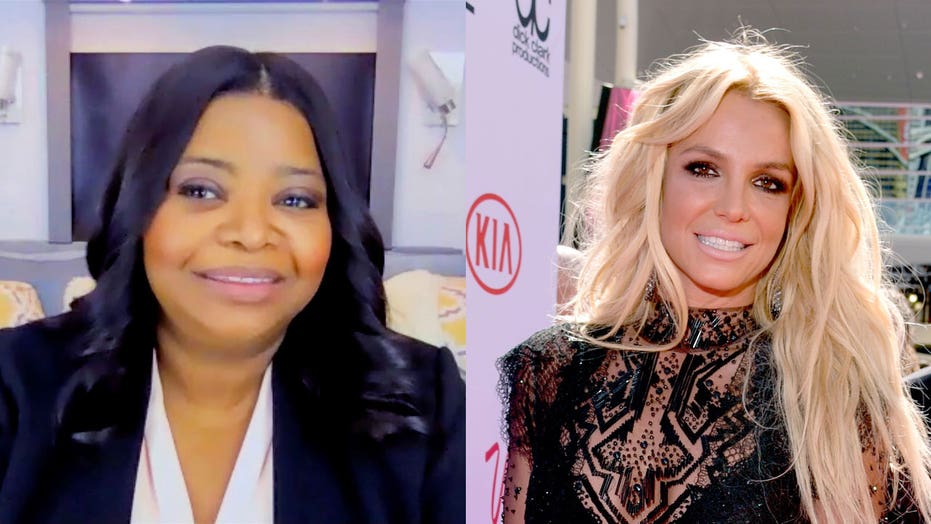 Octavia Spencer is backtracking on a snarky comment she left on Britney Spears’ Instagram post just minutes after the pop star happily announced her engagement to Sam Asghari.

"Y’all, a few days ago Sam and Britney announced their engagement and me being me I made a joke," the actress said on Instagram on Wednesday, referencing her remark that Spears should make Asghari "sign a prenup."

"My intention was to make them laugh not cause pain," she added. "I’ve reached out to this lovely couple privately to apologize and now want to restore just a smidge of happiness they were robbed of."

Spencer, 51, then — highlighting Spears’ 13-year conservatorship — concluded, "Britney’s fans have seen her through a lot of pain and she’s found happiness. We’re thrilled for her. So let’s show them love. #nonegativity."

BRITNEY SPEARS IN NO RUSH TO WED SAM ASGHARI AFTER ‘OVERDUE’ ENGAGEMENT: REPORT

Octavia Spencer has now apologized after she suggested Britney Spears and Sam Asghari sign a prenup. Asgahri seemingly accepted her apology and emphasized there were ‘no hard feelings.’

Asghari graciously replied in the comments, "You are very kind to clarify but i have no hard feelings whatsoever. Jokes and misconceptions come with the territory."

When Spencer first posted the comment, it became clear she had immediate remorse as the Oscar winner swiftly removed it from the comments section.

However, the remark was screenshot and made the rounds online, leading Asghari, 27, to respond to concerns over whether he and Spears will get a prenuptial agreement.

The fitness expert-turned-actor laughed off the trolling, stating on his Instagram Story on Monday, "Of course we’re getting [an] iron clad prenup to protect my jeep and shoe collection incase [sic] she dumps me one day."

Spears, meanwhile, did not address any remarks about a prenup, but reiterated on Monday how thrilled she was over her engagement.

The "…Baby One More Time" singer, 39, proudly boasted on Instagram, "Yes world … that beautiful f–king man in that picture is MINE !!! I’m so blessed it’s insane."

However, a day later, the pop star deactivated her Instagram profile, telling fans on Twitter, "Don’t worry folks … just taking a little break from social media to celebrate my engagement !!!! I’ll be back soon."

Her attorney, Mathew Rosengart, exclusively confirmed to Page Six on Tuesday that it was Spears’ decision to take a social media break.

A source also told us she was taking a hiatus "in light of the successful path that she’s been on and continues to be on [following] the news of [her engagement]."

Reps for Spears and Asghari did not immediately return Page Six’s request for comment on Spencer’s apology.