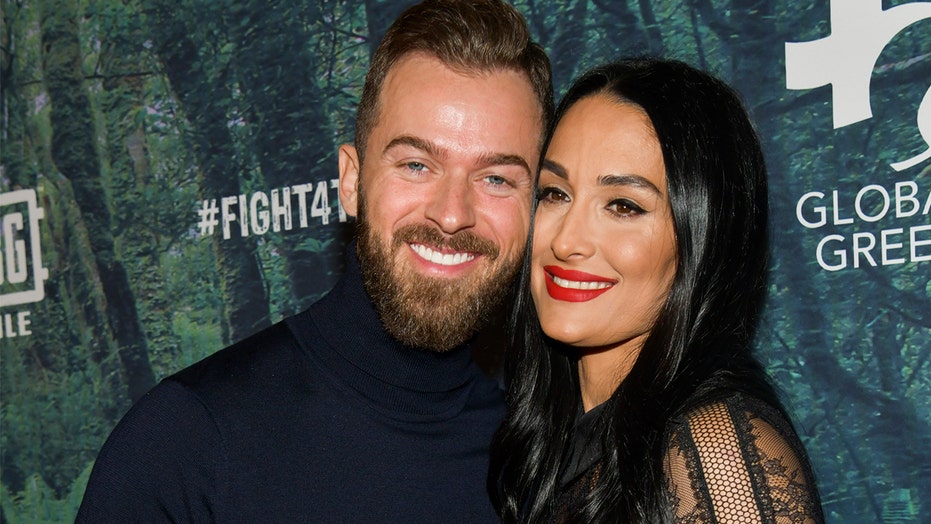 Nikki Bella got candid about how her postpartum depression started to affect her relationship with her fiancé Artem Chigvintsev on her podcast, “The Bellas.”

The “Total Divas” star admitted during Wednesday's episode that nearly seven weeks after she gave birth to their son Matteo on July 31, she began suffering emotionally.

The reality star explained that she’s had to pack up her “dream home” in Phoenix to move to Los Angeles where her fiancé was filming “Dancing With the Stars.”

NIKKI AND BRIE BELLA INTRODUCE THEIR NEWBORN SONS: 'WE'RE SO IN LOVE'

On top of that, she started to feel “mom guilt” after she hired a nanny because she was overwhelmed while filming her show “Total Bellas” and began to resent Chingvintsev, who is a professional dancer.

“I had a massive breakdown,” she admitted according to People magazine, which reported on the podcast episode.

Bella revealed she didn’t seek help because she wanted to be “super mom,” but that only worsened her feelings of depression.

"I'm competitive. I love being the best. I want to be number one," she said. "I mean, my whole life, I've been an athlete. And I realized I've taken that mentality as being a mom."

It was only when her twin sister Brie, who gave birth to her son Buddy a day after her sister, intervened that Bella decided to see a doctor.

"Postpartum has knocked me on my a--,” the former “Dancing With the Stars” contestant admitted.

Bella referred to her emotions as a “deep, dark hole” and added, "It just started to build up. Being alone with Matteo and just feeling lonely and not loved and invisible."

The former WWE superstar’s life further shifted when Chigvintsev was called back onto the ABC competition show weeks after his fiancé gave birth.

"He’s like ‘At times, I felt like you were starting to hate me.' He’s like, ‘You could be mean.’ And I’m not gonna lie, I did have moments of being mean," Bella recalled.

Nikki Bella got candid about how her postpartum depression started to affect her relationship with her fiancé Artem Chigvintsev on a recent episode of her podcast, 'The Bellas.' (Getty)

The “Total Divas” alum noted that she spent so much energy trying to be “a perfect fiancée” that she ended up staying silent about her problems with Chigvintsev in order to be “extra supportive” of his return to “Dancing With the Stars.”

When Bella finally opened up to her partner, she said he was disappointed she waited so long to say something.

"I felt bad for Artem because it made him feel terrible and then he's like, 'I wish you came to me sooner,'" she explained. "He was just so sad at the fact that I was feeling all these things and I never told him."