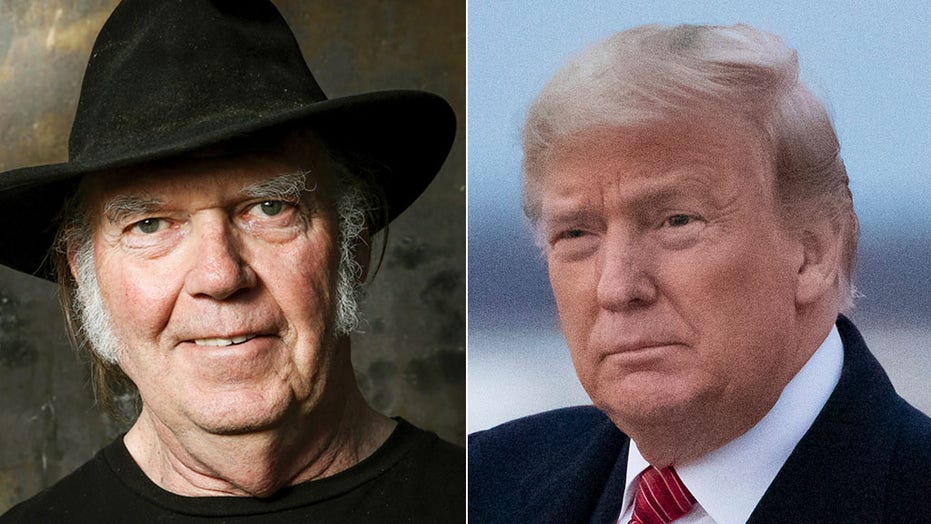 Neil Young has penned a letter to President Trump and updated the lyrics to one of his famous songs just days after rebuffing the president's use of his music at a July Fourth event on the footsteps of Mount Rushmore in South Dakota.

On Monday, the Canadian-born rock star criticized Trump in an open letter published to his archival website in which he denounced the president for using his music and urged him to press play on an updated 2020 version of his record “Looking For a Leader,” which originally was released in 2006.

“Although I have repeatedly asked you to please not use my music because it indicates that I support your agenda, you have always played my songs anyway at your gatherings, with no regard for my rights, even calling me names on twitter,” Young began in the open letter titled “A Letter To President Trump.”

NEIL YOUNG UPSET TRUMP EVENT USED HIS SONG: ‘THIS IS NOT OK WITH ME’

Young said he was aware Trump used his music at his "latest rally in Dakota despite my previous requests,” but said he would not “sue” Trump due to the fact that he is "in charge of the COVID 19 response here in the USA.”

The “Rockin’ in the Free World” performer maintained that he didn’t want a legal bout to pose a distraction to the “important work at hand protecting and saving American lives.”

Young, 74, previously complained about the Trump campaign using the same song at least twice before -- in 2015 and 2018.

“DT [Donald Trump] does not have my permission to use the song ‘Rockin’ In The Free World’ at his appearances,” Young told Rolling Stone magazine in 2018. “Legally, he has the right to, however it goes against my wishes.”

Neil Young has penned a letter to Donald Trump and updated the lyrics to one of his famous songs, 'Looking For a Leader.' (AP, )

After Young complained in 2015, then-Trump campaign manager Corey Lewandowski told Fox News the campaign had legally secured rights to use the Young song.

“Through a licensing agreement with ASCAP, Mr. Trump’s campaign paid for and obtained the legal right to use Neil Young’s recording of ‘Rockin' In The Free World,’” Lewandowski said at the time. “Nevertheless, there are plenty of other songs to choose from. Despite Neil’s differing political views, Mr. Trump likes him very much.”

Meanwhile, in the since-updated rendition of Young’s song, "Looking For a Leader," the Young criticized Trump as “scared of his own shadow” and offered an endorsement of presumptive Democratic presidential nominee Joe Biden.

“Yeah, we had Barack Obama, and we really need him now. The man who stood behind him has to take his place somehow,” Young croons. “America has a leader building walls around our house. Don’t know Black lives matter, and we got to vote him out.”

Young became a U.S. citizen in January and upon receiving his newly-minted status, he saluted the American flag and urged his 121,000 followers to exercise their right to vote.