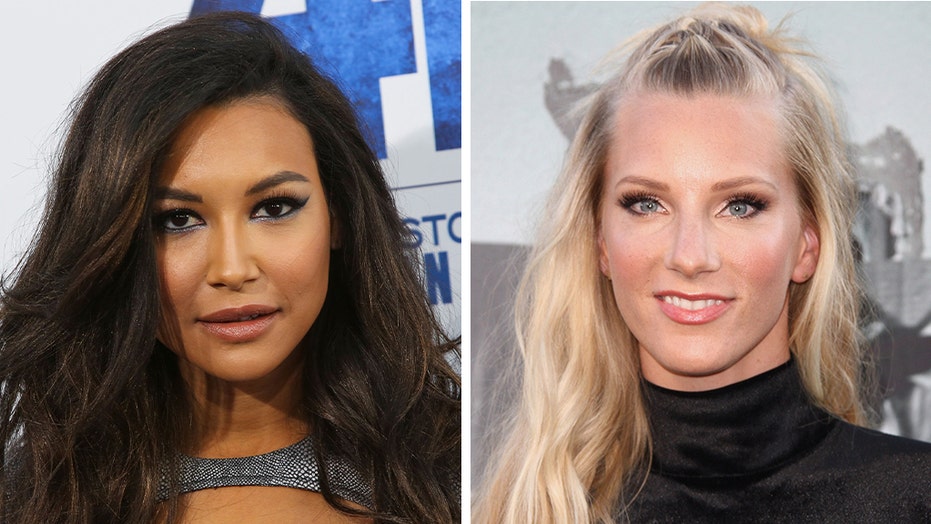 Rivera went missing on Wednesday while boating on Lake Piru in Ventura County, Calif., with her 4-year-old son, who was found alone on a boat when the actress was reported missing.

Morris and Rivera, both 33, appeared in all six seasons of "Glee," playing best friends and love interests. Morris previously expressed worry over her missing friend when the news of her disappearance broke.

On Saturday, the Ventura County Sheriff's Office said on Twitter that their search was "winding down" for the day, to which, Morris replied: "My name is Heather Morris, I'm Nayas close friend and co-worker, and I'm trying to conduct an on foot search and rescue mission along with a small group of friends at Lake Piru."

"I understand your team is doing EVERYTHING in their power, but we are feeling helpless, powerless and want to help in any way," she wrote.

She added: "I have left a message with the department of Rescue and Air today, and I will call again tomorrow. Thank you."

Morris had also previously offered thanks to those searching for Rivera.

"Thank you to the Tulare County, Los Angeles County, San Louis Obisbo, and all who are working to tirelessly right now in the search and recovery of our Naya," she tweeted last week.

Rivera's body has not been found and she is presumed to have drowned.

Authorities have been using underwater sonar technology to try and find her body, but low visibility has made the search "difficult."

Several other "Glee" co-stars have addressed the disappearance on social media, most notably Demi Lovato, who guest-starred in several episodes as a love interest for Rivera's character.

"I don’t tweet often but sometimes my tweets come true so, together let’s manifest on twitter that Naya will be found safe and sound!!" she wrote last week. "Come on y’all! Let’s put this energy out there: they will find her healthy and alive!!"

Other cast members to speak out include Chord Overstreet, Harry Shum Jr. and Gloria Estefan, who played Rivera's mother.