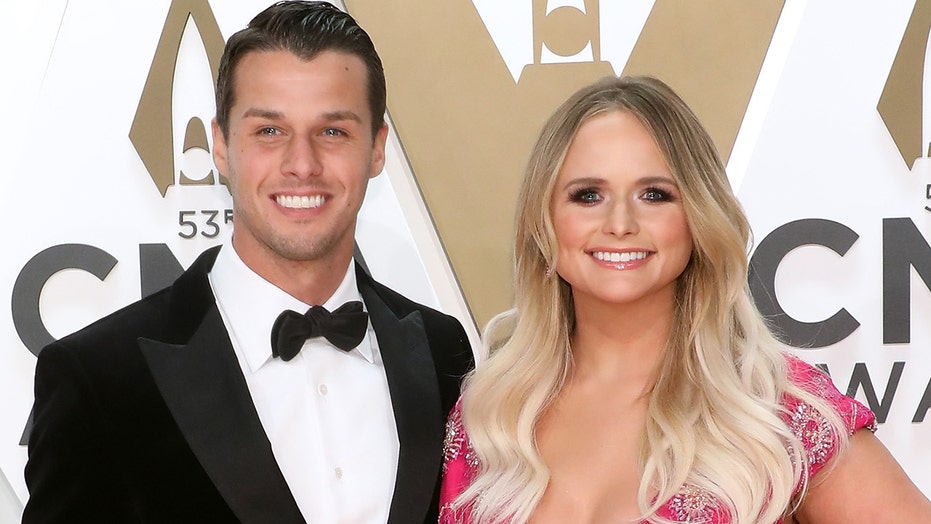 Love is in the air for Miranda Lambert. The country music sensation took to Instagram on Monday to celebrate her two-year wedding anniversary with her husband Brendan McLoughlin.

The wholesome image features the couple lovingly holding each other amid a lush background with a horse nearby.

McLoughlin also shared his own tribute to Lambert, sharing a photo of the country star posing in the kitchen, writing: "Happy anniversary to this amazing woman. @mirandalambert."

In October, Lambert dropped the video for her song "Settling Down," which featured McLoughlin and Lambert entwined in a heartfelt love story.

The clip opened up with Lambert riding a horse before cutting to a shot of the singer-songwriter sitting in the grass, scribbling in a notebook while sipping a glass of wine. Not far from the songstress is McLoughlin, fishing off of a dock.

Eventually, the video culminates when the couple embraces as Lambert and her horse from the first shot finally arrive at the duo's shared home.

Lambert stunned fans in 2019 when she announced her marriage to the now-former New York Police Department officer.