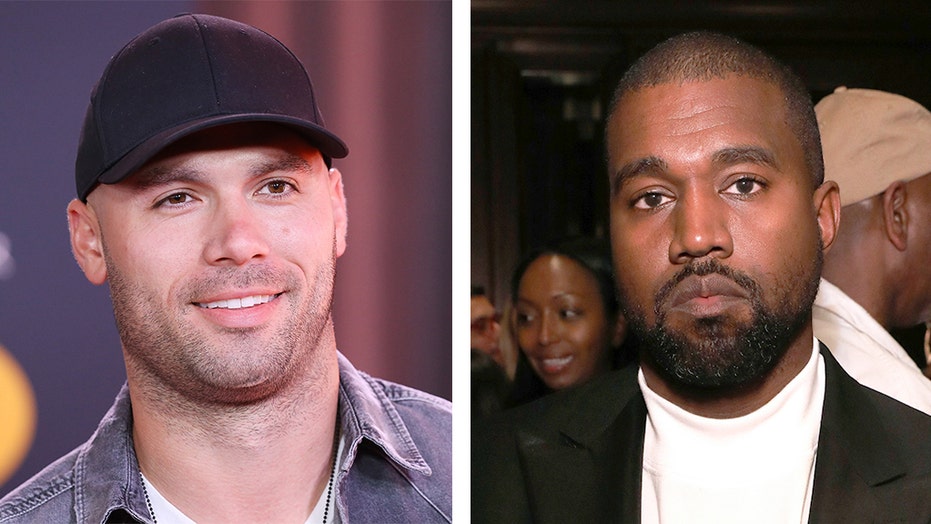 Kanye West's latest confession has been stirring the Hollywood teapot.

The rapper recently admitted to going through a period in his life when he was "addicted to sex."

After reading about West's experience, country singer Jana Kramer and her husband Mike Caussin discussed the topic of sex addiciton on Monday's episode of their iHeartRadio podcast, Whine Down.

Caussin, who has publicly discussed his own battles with sex addiction, hesitated to believe everything Kanye was saying.

“It’s Kanye West so I feel like anything he says should be taken with a grain of salt,” Caussin said. “He says outlandish things … If he says he suffers from sex addiction, then that may be true. As someone who is open and out about it, it’s frustrating at times because I feel like in situations like this, it just feels thrown around.”

West made the candid remarks about his addiction while doing press for the release of his new album "Jesus Is King."

"Like, for me, Playboy was my gateway into full-on pornography addiction," West told Zane Lowe on Apple Music's Beats 1 radio Tuesday. "My dad had a Playboy left out at age five and it's affected almost every choice I made for the rest of my life."

He continued: "From age five til now, having to kick the habit and it just presents itself in the open like it's ok and I stand up and say, 'No, it's not ok.' I think when people have been addicted to something like, if you ask somebody that's a drug addict it's like you say, 'Are you still addicted?' Well yeah, you turn it off actually."

When Kramer asked Caussin for his thoughts about sex addiction being something that can just be turned off, her husband disagreed.

"That’s different from being powerless and ruining your life and your basing every day around sex … What guy out there isn’t going to say that at some point I saw a pair of boobs and was like, 'Yep I liked those'?" Caussin retorted.

"Unfortunately, because it's Kanye West and because he's had periods of just outlandish comments, until there's consistency, it's hard for me to believe everything he's saying," said Caussin.

Back in March, Caussin and Kramer celebrated one year of Caussin’s sobriety for his sex addiction.

The couple has been married since May 2015, but separated in August 2016 due to Caussin's infidelity and battle with sex addiction.

In December 2017, Kramer and Caussin renewed their vows. They share two children together: daughter Jolie, 3, and son Jace, 11 months.