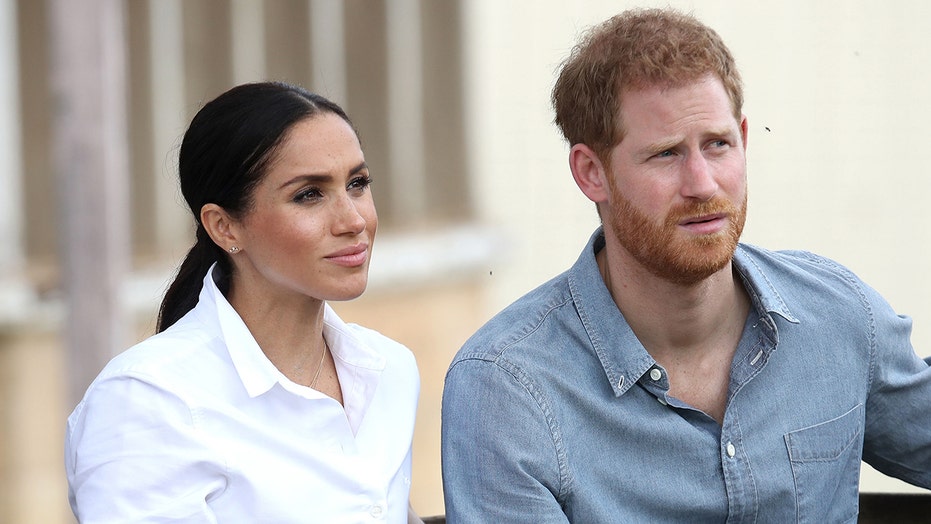 Meghan Markle and Prince Harry's royal exit is going to be turned into a Lifetime movie.

The Sussexes will be the subjects of the made-for-television movie "Harry & Meghan: Escaping the Palace," which has been greenlit by the network, according to a press release.

The network said that "Escaping the Palace" would reveal what happened within the royal family that drove Harry, 39, and Markle, 39, to recuse themselves from their royal duties and relocate to America with their son Archie.

MEGHAN MARKLE, PRINCE HARRY'S CHEIF OF STAFF 'TRANSITIONING' FROM ROLE AFTER LESS THAN A YEAR

Specifically, the movie will chronicle Markle's isolation in the U.K. and the couple's frustrations at the lack of support in combatting intense media pressure.

Prince Harry and Meghan Markle will be the subjects of a third movie at Lifetime, chronicling their split from the royal family. (Photo by Karwai Tang/WireImage)

Production is set to begin this spring with a debut expected later this year. Casting is currently underway. The previous two installments used largely different casts, including its two leads.

"Harry & Meghan: Escaping The Palace" is executive produced by Merideth Finn and Michele Weiss. Scarlett Lacey will write the script and Menhaj Huda will direct.

Reps for Markle and Harry did not immediately respond to Fox News' request for comment.

The Sussexes split from the royal family will be chronicled by the upcoming Lifetime TV movie 'Harry &amp; Meghan: Escaping the Palace.' (Photo by Chris Jackson - Pool/Getty Images)

News of the Lifetime movie comes just weeks after the couple's bombshell interview with Oprah Winfrey, in which they detailed their reasons for leaving royal life behind.

During the tell-all, the two made several serious allegations against the royal family and the Institution at large, including accusations of racism and turning a blind eye to Markle's mental health needs.

They also discussed the media's presence in their life, reporting on their every move and the criticism of Markle's actions, which led to, in part, her suicidal thoughts.