Queen Elizabeth II called for a face-to-face meeting with her grandson Prince Harry and other members of the royal family on Monday in order to iron out logistics of his and Meghan Markle’s decision to “step back” from their duties and become financially independent of the crown.

But some are wondering if it was too little, too late, and are hearkening back to how Harry's late mother, Princess Diana, was treated during her time with the royal family.

"Today my family had very constructive discussions on the future of my grandson and his family," the Queen said in a statement Monday following the emergency gathering. "My family and I are entirely supportive of Harry and Meghan’s desire to create a new life as a young family. Although we would have preferred them to remain full-time working Members of the Royal Family, we respect and understand their wish to live a more independent life as a family while remaining a valued part of my family."

"These are complex matters for my family to resolve, and there is some more work to be done," she said. "But I have asked for final decisions to be reached in the coming days.

The meetup marked the first time the queen, 93, and the Duke of Sussex, 35, have been in the same room following his bombshell announcement on social media last week. A palace insider previously confirmed to Fox News some members of the royal family had not been informed of the decision before the surprise announcement was made.

The resulting scandal has made some think back to the days of Princess Diana, who publicly voiced her distress over the lack of support she received from the queen during her marriage to Harry’s father, Prince Charles. 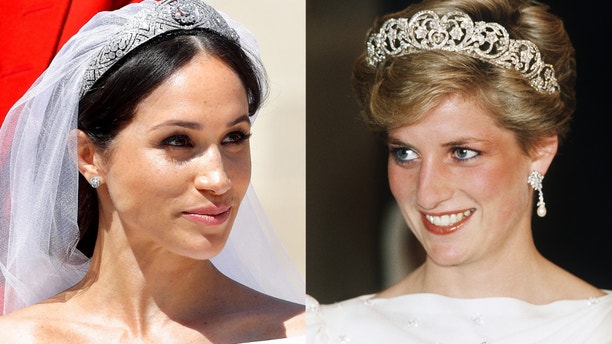 In the documentary “Diana: In Her Own Words,” Harry’s mother claimed she sought help from Elizabeth in 1986 because she believed “her marriage was loveless.” Diana alleged her mother-in-law was less than sympathetic.

Royal author Leslie Carroll told Fox News the royal family is now at a “tipping point” following the ruthless media scrutiny Markle, a biracial American actress, has endured since marrying the British royal in May 2018.

“The monarchy could very well continue to survive and thrive,” she explained. “The queen has many fine qualities — duty and dedication above all else. But the tone-deafness she displayed when Diana died is rearing its head again, in her lack of compassion for family members in serious emotional and psychological pain for very deep reasons that, because of their ugliness, have widespread implications on the nation. There is a cancer on the blossom that needs to be nipped in the bud now. That cancer is racism. It's time to face it, address it, and start treating the symptoms as well as the rot — not smother it in diamonds and ermine and a stiff upper lip.” 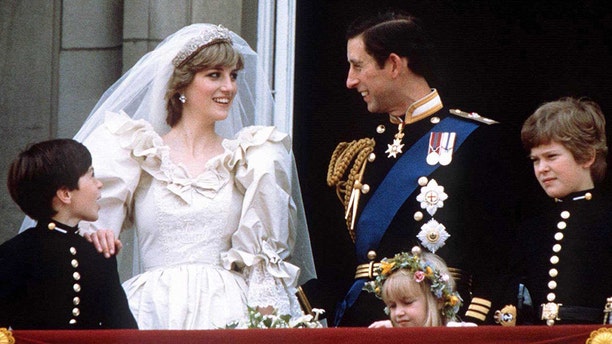 In her lifetime, Diana resorted to speaking with the press about the pressures she endured behind palace walls. She also went on to participate in a book penned by biographer Andrew Morton that wasn’t confirmed until after her death in 1997.

When Diana and Charles officially divorced in 1996, the Princess of Wales was stripped of her “Royal Highness” title. While Elizabeth was willing to allow Diana to keep the title, Charles wanted his ex-wife to give it up, the New York Times reported.

When Diana died in 1997 at age 36 from injuries she sustained in a Paris car crash, the public famously slammed Elizabeth for the way she handled the tragedy. Reports at the time insisted Elizabeth “failed to capture the mood” of the country in her address to the nation even after she shared heartfelt words about Diana, UK’s Express reported.

“The image of Harry as an adolescent boy walking behind his mother's casket remains burned in our memories,” said Carroll. “Harry has been extremely candid about his PTSD… [with] the way the media treated his mother, and surely the way the ‘Men in Gray,’ as Diana referred to the Palace bureaucrats who tried to micromanage her life —treated her — and have treated his own wife. 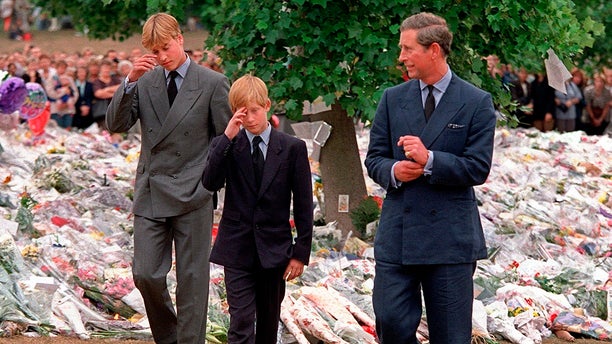 “He was openly angry from the start of his relationship with Meghan about the British mainstream and tabloid press treatment of her, releasing an unprecedented 379-word statement accusing them of racism. Headlines such as ‘Harry's girlfriend is [almost] Straight Outta Compton’… [and comparing] the infant to a ‘chimpanzee’ should not fall within the Windsor credo of never complain, never explain.’

“Where is the compassion and understanding now? Why are the senior royals pretending that this massive dust-up with the Sussexes is a surprise that came out of the blue when Harry has, all his life, been dealing with the pain of what his mother endured?... He said he still becomes traumatized when the cameras click and whirr during walkabouts… This is the time for the monarchy and the Windsors as a family to adapt in order to survive in a modern, globalist, multicultural era.”

But royal author and broadcaster Neil Sean argued that Elizabeth is handling the ongoing saga with grace — and perhaps the Sussexes should have thought twice before unveiling their announcement to the world without notifying “The Firm” first.

“The feeling here is that the queen is as ever handling yet another family crisis with great dignity and class — something that both Harry and Meghan could learn from,” said Sean. “… It’s a power game and there will only be one winner and that will be HM The Queen. She fired her favorite son in November from Royal Duty, Prince Andrew, so dealing with the sixth in line to the throne and a former cable TV actress won’t be too much of a problem for her. It will, however, will be for Harry when he realizes just what he is throwing away.”

PRINCE WILLIAM SAYS HE CAN'T 'PUT MY ARM AROUND' BROTHER HARRY ANYMORE: 'I'M SAD ABOUT THAT'

Harry and Markle’s announcement came just months after the couple opened up to host Tom Bradby in ITV’s documentary “Harry & Meghan: An African Journey,” which aired in October 2019 in both the U.K. and U.S. 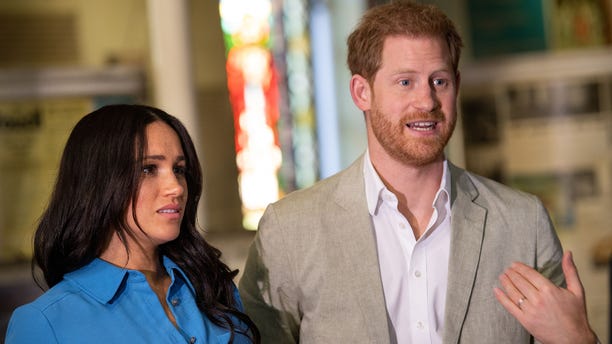 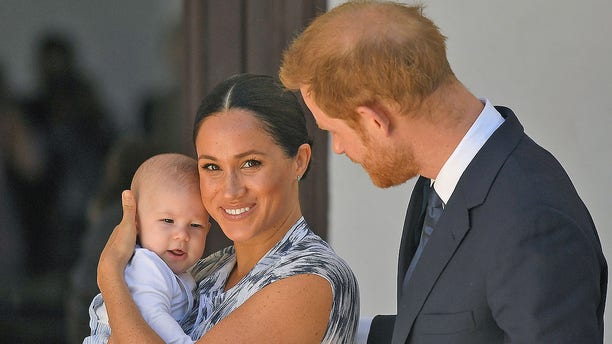 TRUMP ON ROYAL 'MEGXIT' DRAMA: 'I DON’T THINK THIS SHOULD BE HAPPENING' TO THE QUEEN