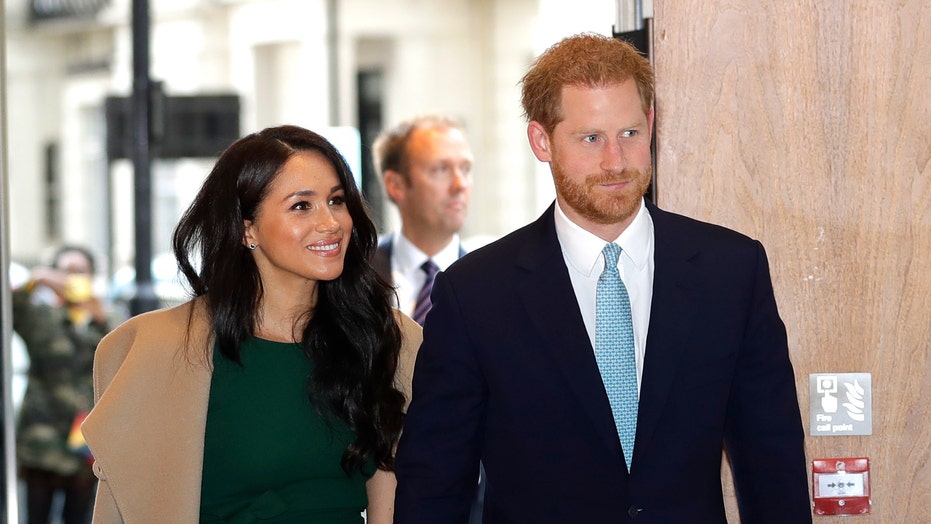 The royals are lending a helping hand.

While on a hike in Canada on New Year's Day, Meghan Markle and Prince Harry reportedly stopped to help a struggling couple snap a photo.

Asymina Kantorowicz told People about her outdoor encounter with the Sussexes.

“We’ve been doing this hike on New Year’s Day for the past two years," she said. "We took a little picnic out and we were finishing up and trying to get some selfies with the nice backdrop when a woman came up to us and asked if we wanted her to take our photo.”

Kantorowicz, who was hiking with her boyfriend Iliya Pavlovic, didn't immediately recognize the Duchess until she spotted a familiar face in the group Markle was traveling with: "Suits" star Abigail Spencer.

Britain's Prince Harry and Meghan, the Duke and Duchess of Sussex in London, in October 2019. (Photo by AP/Kirsty Wigglesworth)

“I couldn’t believe who it was. There was Meghan smiling at me, waiting to take the photo and it was just shock at that moment and disbelief,” she said. "The only thing I could think to say to her was, ‘There’s only so much that selfie sticks can do.’”

Kantorowicz added: “She laughed and said something like, ‘We’ll have to take a good photo then,’ and then Harry said, ‘No pressure.’"

The hiker, who first told the story to CTV News Vancouver Island, called Markle, 38, "super friendly" and said she "seemed happy and down to Earth."

"She was just enjoying her New Year’s hike with her husband and friend," Kantorowicz said. "She and Harry seemed really happy -- like a happy newly married couple. I wish baby Archie had been there! I hope they’re enjoying their stay on Vancouver Island.”