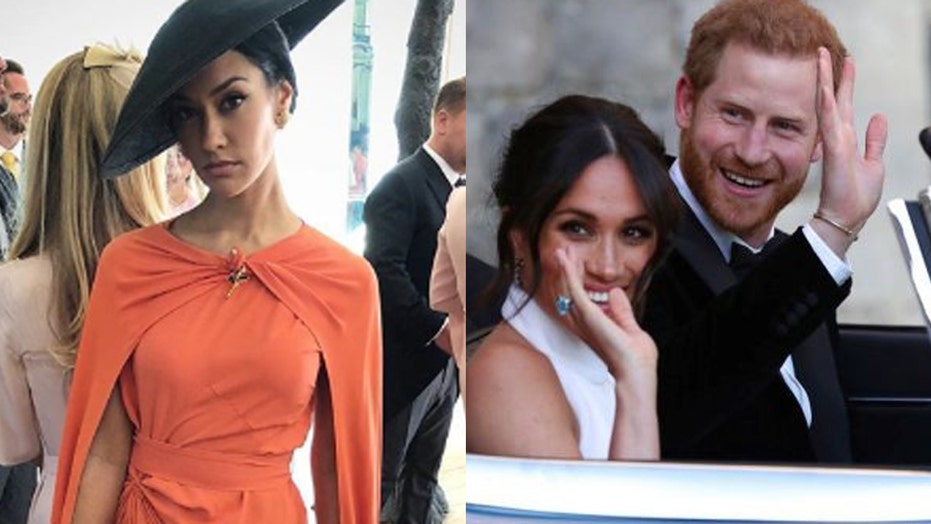 Meghan Markle’s friend Janina Gavankar is slamming the media for allegedly Photoshopping the royal couple’s Christmas card in a “campaign” against her.

On Tuesday, Gavankar took to Twitter to call out the Daily Mail after the outlet published an allegedly Photoshopped version of the royal couple’s Christmas card — which distinctly depicted the Duchess’ face in clear view in the background while the Duke’s face remained blurred and out of focus.

In the first of two tweets, Gavankar revealed that she was behind the camera for the Christmas photo — and revealed she was “proud” of the original shot.

“So proud to have taken the Christmas photo for one of my best friends and her family. Here’s the original that was sent out,” she wrote.

She then called out the Daily Mail in the following tweet, alleging that there is a media “campaign” against Meghan.

“...and to The Mail, I see your campaign against my friend continues. Nice photoshop of my non-photoshopped image. Now may we all get back to the spirit of Christmas and not the spirit of maliciousness,” she continued.

Gavankar’s gripe against the outlet stems from their report that Meghan’s face was Photoshopped onto the Christmas card — in which the Daily Mail claimed that “Meghan's face appears significantly more in focus than that of Prince Harry in the picture appearing online, despite them both being roughly the same distance behind Archie.”

In September, the royal couple became embattled in a lawsuit with the Daily Mail for waging a “ruthless campaign” against Meghan.

Harry, the Duke of Sussex released a statement condemning the "British tabloid press" for waging a "ruthless campaign" against Markle "that has escalated over the past year" throughout the course of her pregnancy and while raising the couple's son Archie. Harry also revealed the pair would be taking legal action.

According to a legal spokesperson representing Markle, the Duchess of Sussex filed a claim against the Mail on Sunday, Sept. 29 — and its parent company Associated Newspapers — alleging "the intrusive and unlawful publication of a private letter written by" Markle. Although the statement does not name the specific letter, The Guardian reported that the Mail published a letter penned by Markle to her estranged father.

"Up to now, we have been unable to correct the continual misrepresentations — something that these select media outlets have been aware of and have therefore exploited on a daily and sometimes hourly basis," he continued, noting that this is why the Sussexes have decided to take legal action — "a process," according to Harry, "that has been many months in the making."