Media pundits and anchors seemingly switched gears in recent weeks and now consider the immigration problems at the southern border a "crisis," after months of downplaying the issue and blaming President Trump.

Recent reporting on the southern border has shown overcrowding of federal facilities, outbreaks of disease, issues with migrant children and general chaos -- raising questions of ethics and legality regarding immigrant detention and processing.

Grabien News published a media montage earlier this week of various news figures and commentators from major networks minimizing the crisis and accusing Trump of being untruthful.

CNN host Don Lemon described the Trump administration's immigration policy as an act of desperation this past January on "CNN Tonight" and asked if the American people were buying it.

Lemon's fellow network anchor Chris Cuomo weighed in and said if the crisis were real, CNN already would have investigated the matter and reported on it. 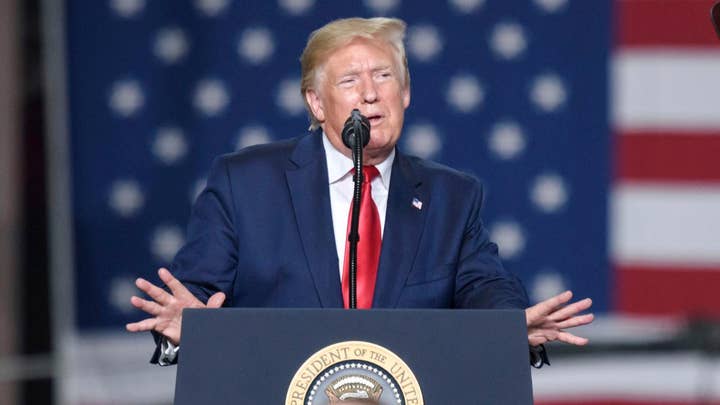 "Wouldn’t we be there because it was a crisis, they were being overrun? There’s something manufactured about this," he said. CNN's Symone Sanders also took a cue from her colleagues and dubbed the issue a "manufactured crisis."

MSNBC’S Eddie Glaude Jr. also used the word manufactured to describe the chaos in January on "Morning Joe" and said, "This is a manufactured crisis. At the heart of this whole thing are a whole bunch of lies." Steve Schmidt, a former adviser to the late Sen. John McCain, accused Trump of going on TV to "lie and lie and lie" to promote a fake catastrophe.

Presidential candidate Beto O'Rourke also referred to the southern border calamity as "manufactured" in a tweet that's only a little over a month old.

O'Rouke wasn't the only politician to join the media's public outcry. Sen. Mazi Hirono, D-Hawaii, said in January that Trump had siphoned money from federal workers and contractors to support his "manufactured crisis" and "vanity wall."

Rep. Alexandria Ocasio-Cortez, D-N.Y., broke from the earlier party line last week, and said conditions on the border have been so abhorrent, they rose to the level of Nazi concentration camps, drawing backlash from critics and several of her fellow Democrats.