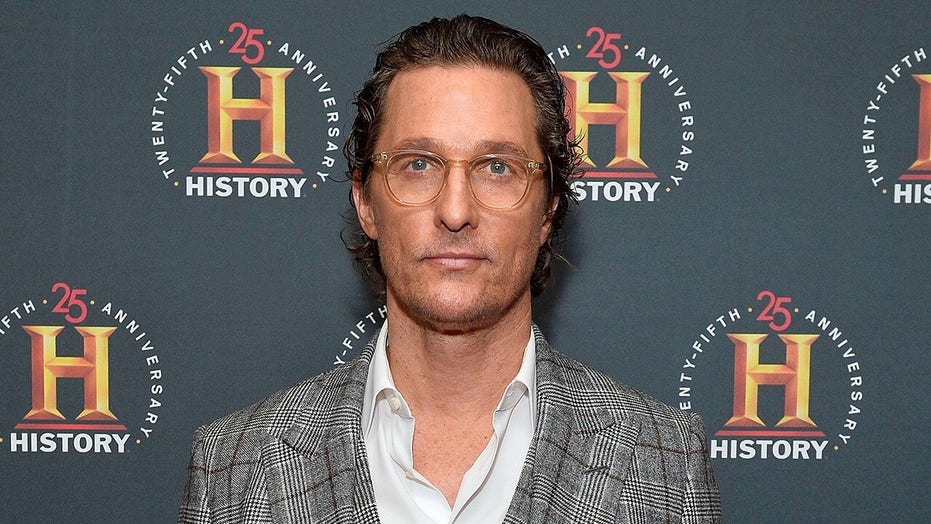 The Academy Award-winning actor provides insight into his book ‘Greenlights,’ on the ‘Brian Kilmeade Radio Show.’

Matthew McConaughey said he had "many doubts" when he was starting out as an actor in an interview that aired last week.

He said there were times he was sure something was going to work out and "either I imploded or the world exploded it for me," he laughed, noting that frequently his successes also came as surprises.

"I’ve also had many times where I just - the hardest part about me going into what I was going to do is just to tie my shoes get out the damn door, jump off the cliff and figure out how to fly on the way down," he said.

The Texan mused it "seems like that’s sort of the art of life – making plans and then knowing change is going to come anyway."

McConaughey spoke about the beginnings of his career as the first guest on sports journalist Rich Eisen’s new podcast, ''Just Getting Started With Rich Eisen.''

MATTHEW MCCONAUGHEY SPEAKS OUT ON 'ILLIBERALS,' EXTREME RIGHT AND CANCEL CULTURE CAUSING DIVIDES IN THE US

Eisen said he plans to interview stars from all walks of life on how they made their first strides toward success.

McConaughey, the "Dallas Buyers Club" actor, said people often want to know what their efforts will get them before they try but he noted that success in anything is never how it’s imagined.

Rewards "aren’t what we thought they were when we get there anyway," he told Eisen.

He said he thinks doubts can be assuaged by "lean[ing] into the comfort of doubting" and just focusing on the process and not the result.

The actor explained he had never planned on being an actor. He had always thought he would end up practicing law -- "That's all I talked about" -- but he had a change of heart during his sophomore year of college. His father, he said, was supportive of his decision to change career paths but told him not to "half-a--" it.

"So he gave me not only his approval, he gave me a kick in the backside, freedom, accountability and responsibility to do that."

His father pointed out the importance of "committing" to whatever you want to do and in the pursuit of his career, McConaughey said that sometimes he's landed a job just because he failed so many times the person hiring appreciated his tenacity.

"I have gotten some jobs by failing more often and consistently," he laughed. "'I want this guy on my team,'" he joked a casting director or a hiring manager would say after seeing him come back to try over and over again.

He told a story about a part he got early in his career without an audition needed playing a drug lord on the Mexican border. He said he had felt he hadn't been getting a lot of roles at the time because he wasn't taking enough risks so he decided to go in without reading any of the script and instead just "know" who the character is.

"I show up. I haven't read the script," he continued. When a production assistant handed him the script pages he would be shooting in mere moments, he said he started to feel "a little insecure" about his plan.

"I go to page one, page two, page three, page four - four-page monologue by my guy in the scene in Spanish," he said as he and Eisen cracked up. He told Eisen he then yelled "to no one in particular," "Hey, can I get 12 minutes here?" which he hoped was enough time to learn the monologue.

He said the scene went terribly and he since been too embarrassed to watch the the movie, "and from that day on I learned about preparation."

McConaughey, who calls himself an "aggressive centrist" and has been rumored to be considering a run for Texas governor, spoke out in December against extremism on either side, criticizing what he called the "illiberal" left.

McConaughey has been promoting his new memoir "Greenlights."