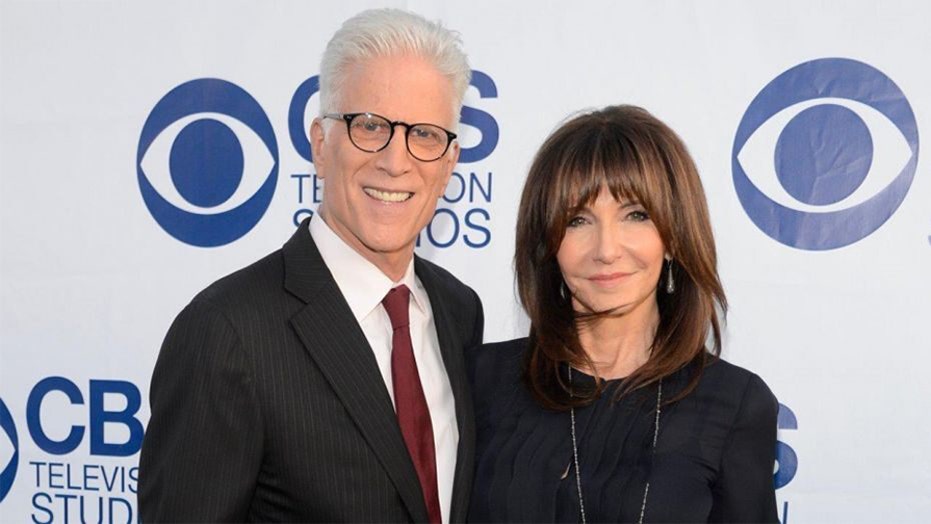 For Mary Steenburgen, life is smooth sailing with her “dreamboat.”

On Thursday, the actress took to Instagram and posted a comical selfie with her husband, Ted Danson, that commemorated their 25th wedding anniversary.

“Happy 25th Anniversary!” the 67-year-old captioned the snap. “This was SUPPOSED to be a sweet loving anniversary photo but you have a big piece of salad in your teeth. So there it is.”

“Thank you for making me laugh today and every single one of the last 9,125 days,” Steenburgen continued. “You are the goofiest, wisest, kindest dreamboat in the world. True, that is a big a— piece of salad but even that doesn’t mar your legendary beauty.”

TED DANSON'S WIFE, MARY STEENBURGEN, WOULD 'SIGN UP FOR 100 MORE LIFETIMES' WITH HER HUSBAND OF 23 YEARS

“I can’t believe how lucky I am,” she shared. “Happy Anniversary, Ted. Love, Mary.”

In 2019, the actor told Closer Weekly he’s still head over heels in love with his wife.

“We wake up and celebrate literally every day,” the star told the outlet. “If we didn’t, we’d be idiots because we’re so lucky. We have great kids and grandkids, and we have each other. We’re madly in love.”

Danson credited his upbringing for inspiring him to have such a blissful union with the 66-year-old actress.

“I consider myself a family man, partially because my parents did it so damn well,” Danson said at the time about his parents’ nearly 40-year marriage.

Danson also revealed he and Steenburgen were ready to embark on a new chapter in their lives when they first met.

“We found each other when I was 45 and she was 40,” Danson explained. "We had lived a bit. Both of us stared down some demons within ourselves, and it was lucky that we met then.”

TED DANSON IS 'MADLY IN LOVE' WITH MARY STEENBURGEN: 'IT FEELS LIKE HEAVEN ON EARTH'

“I’m still madly in love with Mary,” he gushed. “She’s a remarkable human being, so I’m just incredibly blessed. It feels like heaven on Earth.”

Danson also insisted their children and grandchildren give the couple great joy. Steenburgen shares a son and daughter with actor Malcolm McDowell, to whom she was married from 1980 until 1990.

“Mary says it’s like eating ice cream with no consequences,” said Danson about the couple spending time with their grandchildren. “It’s brilliant. You don’t have that adrenaline going through you. You’re not multitasking and wondering, ‘Can I have my place in the world?’ It’s delicious — you feel like an anthropologist. You get to look at them and go, ‘Wow, look at that. They’re thinking and talking!’”

Danson has kept busy pursuing acting — but for him, his family will always come first.

SUZANNE SOMERS ON KEEPING SPARK ALIVE IN HER 42-YEAR MARRIAGE IN 2020: ‘WE ARE CONSTANTLY KISSING’

“I’m kind of a Pollyanna,” he explained. “I’m having the best time. I have great kids and grandkids, and I’m married to the most beautiful, funny wife. It’s really my bucket list to enjoy every second I have with these astonishing people around me. My life is brilliant, and I’m very grateful.”

Back in 2017, Steenburgen told Closer Weekly she credited Danson for helping her overcome a dark past.

“My dad had a series of heart attacks when I was a little girl, and our world was shaped by these huge traumatic events,” she explained at the time. “I spent my childhood waiting for my dad to die. From the age of 8, my response to that insanity was to bury myself in books, where if people died, they could get back up again.”

“I always thought Ted was brilliant,” she said. “When I was going through sad times, I’d watch ‘Cheers’ at the end of the day to make me feel better. Then I discovered it was easier to just sleep with Sam the bartender.”

Steenburgen insisted she’s happier than ever with the “ridiculously talented” star.