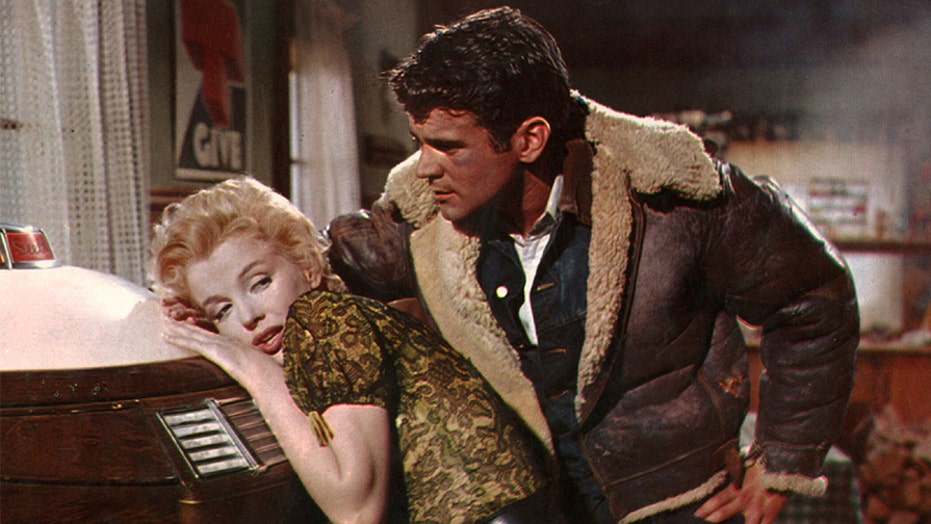 Don Murray didn’t know what to expect when he learned that his co-star would be Marilyn Monroe.

The actor, now 91, appeared in the 1956 film “Bus Stop,” where he played a handsome but painfully naive Montana cowboy who lassos in a singer named Cherie (Monroe). The role earned Murray an Academy Award nomination that year.

“Marilyn was very kind to me,” Murray recently told Closer Weekly. “I thought she was magnificent. I never understood why she was not nominated.”

According to Murray, the blonde bombshell managed to easily surprise him when they first met.

NEW EVIDENCE, TESTIMONY ABOUT MARILYN MONROE’S DEATH TO BE FEATURED IN UPCOMING DOCUSERIES

“I had been overseas, so I didn’t know much about her,” he explained. “I was totally taken aback by how important a movie star she was. There was press around all the time because of her.”

However, Murray admitted that working with Hollywood’s most famous sex symbol was far from smooth sailing.

“She had difficulty remembering her lines, so we had to do many takes,” he recalled. “Often, when we were doing a scene, she would get so emotionally involved that she’d go off her mark. The director told me to put my hands on her hips and move her to her marks. That’s what I did whenever we were shooting above her waist.”

Monroe didn’t only struggle with her scenes on filming.

“She was always late,” Murray told the outlet. “Not 10 minutes, but two hours or half a day! She also took a week off and called in sick, but she was actually having a romance with Arthur Miller at the Chateau Marmont! It was quite a trial. Being from theater, I wasn’t used to that!”

The actress and the playwright tied the knot in 1956. However, the marriage was turbulent and Monroe reportedly suffered from multiple miscarriages during the union. Her last completed film, 1961’s “The Misfits,” was written by Miller. The couple divorced just one week before the film’s opening.

In 1962, Monroe was found dead in her Los Angeles home from a barbiturate overdose at age 36.

Murray went on to have a decades-long career in Hollywood and has worked with notable directors, including Franco Zeffirelli, Francis Ford Coppola and David Lynch.

“To tell you the truth, it doesn’t feel any different,” Murray reflected on his life. “The only thing is that I don’t run as fast as I did when I was 70.”

Today, Murray is keeping busy writing and spending time with his family. He was previously married to actress Hope Lange from 1956 until 1961. In 1962, he remarried to actress Bettie Johnson and they’re still together today.

“I don’t do anything to excess,” he shared on staying active. “I never drive to excess or eat to excess. I do everything in moderation. I also believe that you have to be involved with something you feel is worthwhile, commit to it and give it as much of your heart and mind as you can.”