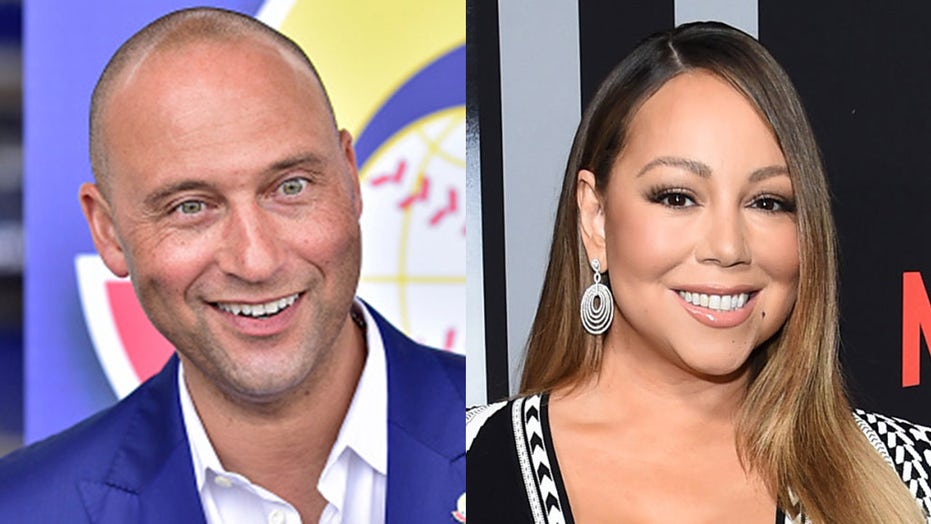 Mariah Carey got candid about the intimate details of her brief relationship with Derek Jeter in her new memoir.

The singer met the former baseball pro prior to her divorce from Sony Music CEO Tommy Mottola.

In “The Meaning of Mariah Carey,” the songstress writes that her secret rendezvous with the Yankees icon inspired her songs “My All,” “The Roof” and “Honey.”

In the book, she recalls going to his New York apartment and sharing a "warm, slow, intoxicating kiss" with him. That kiss, Carey revealed, inspired “The Roof.”

Following her split from Mottola, now 71, the singer said she rushed to see Jeter, who she said was the second person she’d ever slept with.

“It was so sensual,” Carey describes their relationship. “Everything was so new and sweet, down to the smooth texture of his honey-dropped skin. It was how it was supposed to feel. It was so heady, so intoxicating, and I was so vulnerable. I was in touch with a fire I didn’t know I had inside.”

The “Always Be My Baby” singer called their brief relationship “a short and sweet dream.”

"Very soon it became clear we weren't meant for the long run," she continues in her memoir. "He was in the right place at the right time, and he was there for the right purpose.”

Carey concluded that Jeter "was a love in my life, not of my life."

The singer went on to marry Nick Cannon from 2008 to 2016. The pair share 9-year-old twins, Moroccan and Monroe.

In recent years, Carey has been linked to her dancer Bryan Tanaka following her brief engagement to billionaire businessman James Packer.

Jeter is currently married to model Hannah Davis. The pair are parents to daughters Bella, 3, and Story, 1.