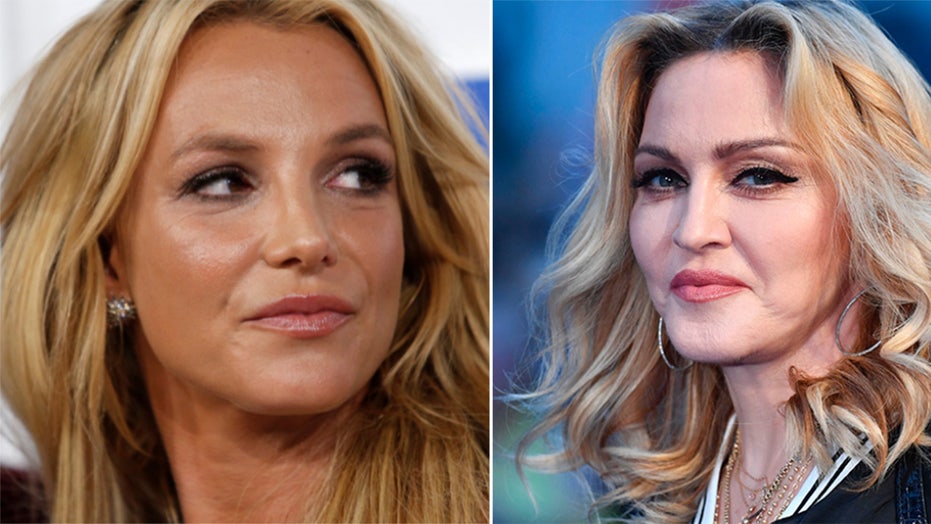 Madonna is offering her support to Britney Spears.

The Queen of Pop hit the red carpet on Thursday night for the New York City premiere of her new documentary "Madame X" where she shared that she's been keeping in touch with Spears.

Spears, whose conservatorship battle against her father Jamie has been a hot button issue for months, apparently received a phone call from the "Like a Prayer" singer earlier in the day.

Reflecting on the conversation with her pal, Madonna told Entertainment Tonight she was "just checking in on her, and congratulating her on her marriage. Or her pending marriage."

Earlier this month, Spears announced her engagement to model and actor Sam Asghari, who she's dated for over four years.

Meanwhile, the pop star has been fighting to be freed from the conservatorship she's been under for 13 years. Over the summer the "Toxic" singer accused her father of "conservatorship abuse."

Madonna revealed Thursday she had a phone call with Britney Spears where she congratulated the fellow pop star on her recent engagement. (Marco Piraccini/Archivio Marco Piraccini/Mondadori Portfolio via Getty Images)

In July, Madonna appeared to confirm she's a supporter of the #FreeBritney movement. She spoke out in support on social media while sharing a throwback photo of herself wearing a t-shirt with Spears' name on it.

"Give this woman her life back," Madonna demanded in writing over the photo. "Slavery was abolished so long ago!"

"Death to the greedy patriarchy that has been doing this to women for centuries," her statement continued. "This is a violation of human rights! Britney we coming to get you out of jail!"

In the early 2000s, Madonna and Spears teamed up together on the song "Me Against the Music." The two also put on quite the memorable show at the 2003 MTV Awards with Christina Aguilera.

Madonna is now added to a long list of celebrities who have spoken out in support of Spears and demanded she be freed from her conservatorship, a desire the pop star expressed publicly for the first time in a court address on June 23.

On Wednesday of this week, Spears' lawyer, Mathew Rosengart, filed documents in court arguing that the conservatorship should end immediately and without the need for the singer to have to undergo mental health or medical evaluations.