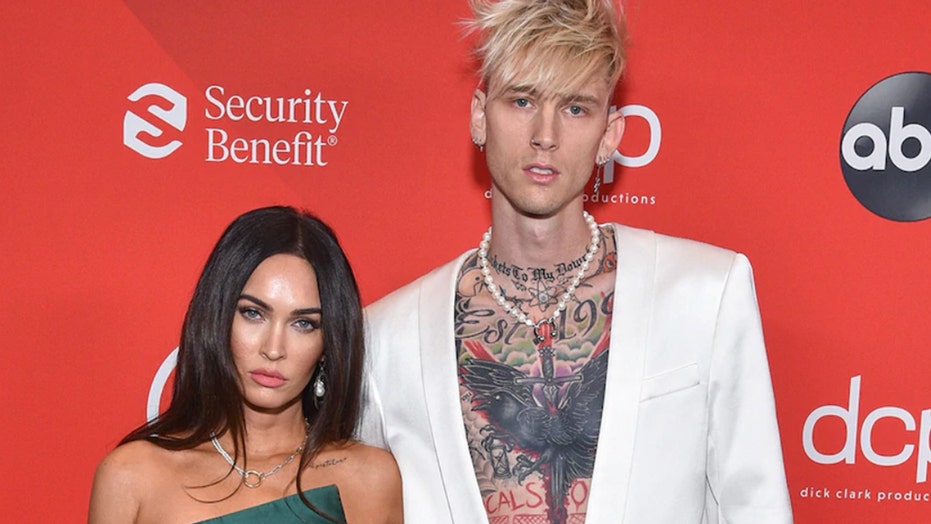 Machine Gun Kelly says he owes a debt of gratitude to Sen. Bernie Sanders, I-Vt., after the politician provided a much-needed assist to the rapper early on in Kelly’s relationship with actress Megan Fox.

Kelly – whose real name is Colson Baker – explained as much during an appearance on the "Ellen DeGeneres Show" on Wednesday, telling the talk show host that Sanders helped Kelly obtain a passport when Fox had to jet to Bulgaria to film a movie and he hadn’t yet gotten his own stamp booklet.

Kelly, 31, pressed that during the stressful time, the "Bird Box" actor was "kind of freaking out" as Fox’s departure had come "really new in our relationship."

To soften the blow, Kelly said Fox, 34, instead gifted him a vial of her own blood as a literal point that she’d always be with him. He displayed the vial for DeGeneres and company while gushing over his love since August 2020 when they revealed their romance last summer.

"Some people give a handkerchief or whatever to their partner, or whatever. She gave me her DNA," Kelly said, to which DeGeneres asked, "So, did you ever get a passport?"

"You know who helped me get a passport? Bernie Sanders," he revealed drawing laughs from the audience.

"Thank you so much. I haven’t talked to him since this happened," he continued. "Thank you to the Bernie Sanders team for that."

"I made it to Bulgaria and the relationship’s going strong, so thank you so much."

Megan Fox and Machine Gun Kelly made their red carpet debut at the 2020 American Music Awards. (ABC via Getty Images)

Kelly and Fox met while filming the upcoming movie "Midnight in the Switchgrass." They started dating after Fox’s split from her husband, actor Brian Austin Green.

The former pair were married for nearly 10 years and are parents to sons Noah, 8, Bodhi, 6, and Journey, 4. Green confirmed they separated last May, with Fox ultimately filing for divorce in November.