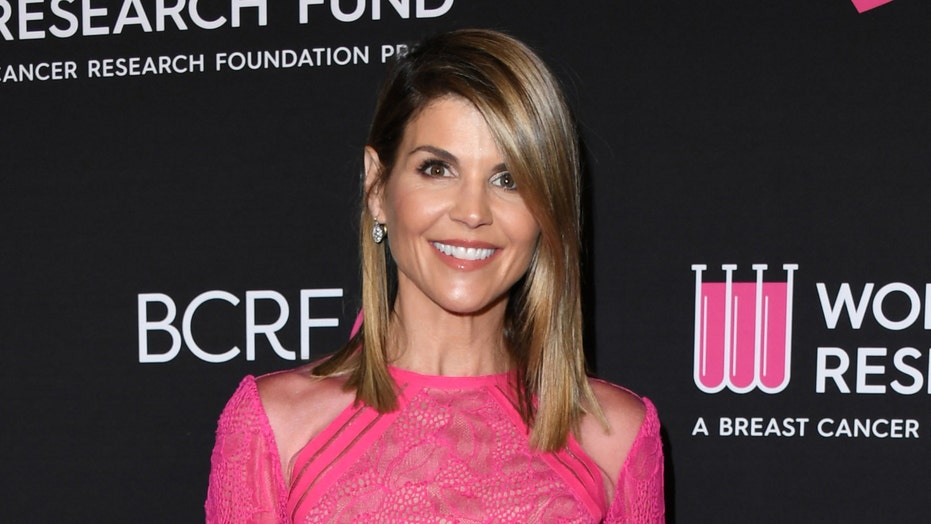 The "Full House" cast reunited for another project, but Lori Loughlin was not among them.

Loughlin was recently sentenced to prison after pleading guilty to participating in the college admissions scandal. The actress has to  report to FCI Victorville on Nov. 19 before 2 p.m.

Mary-Kate and Ashley Olsen, who spilt the role of Michelle, were missing from the video as well.

The song called "Gotta Love a Golden" and the accompanying video serve as a promotion for pet adoption and rescue programs. It also serves as a fundraiser as the song can be downloaded and streamed -- all profits will "go to help animals," Franklin said in the clip.

The "Full House" cast's participation is likely an homage to golden retrievers playing a role both in the series and its follow-up "Fuller House."

Eventually, the actors appear to show off their singing skills, with Stamos, 57, playing the bongos.

"You gotta love a golden / 'cause they love balls," they sing. "Run 'em down, repeat, even when they sleep / yeah, goldens dream of balls."

"Yeah, I guess my dogs might be a little spoiled," said Franklin after the song. "Our pets give us so much, but they don't all have loving homes, so please support your local pet adoption and rescue programs."

The clip concludes with a handful of the cast members woofing like a dog.

The song is credited to Franklin but features the cast under the moniker "The Full Dog-House."

Loughlin, 56, will serve two months while her husband, Mossimo Giannulli, will serve five.