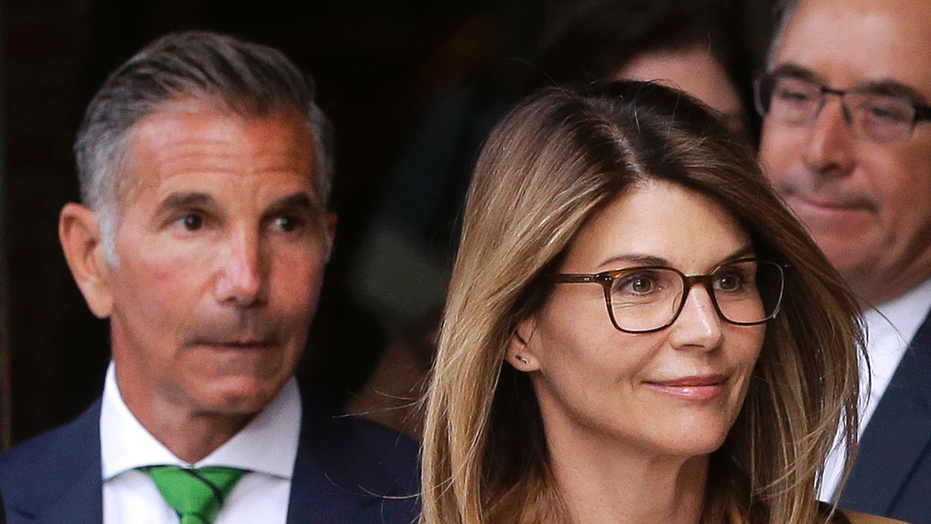 Prosecutors for Lori Loughlin and Mossimo Giannulli’s case in the college admissions scandal have released photos allegedly showing their daughters pretending to be rowers to secure themselves a position at the University of Southern California.

Fox News obtained court documents filed by the FBI on Wednesday that include images allegedly depicting the famous couple’s daughters, Isabella and Oliva-Jade Giannulli, dressed in workout gear on an ERG machine in order to make their admission to the university as rowers more believable.

Neither of the two girls had previously participated in the sport.

The documents also include email correspondence between Mossimo and scam mastermind William “Rick” Singer in which they discuss staging the photos in an effort to sell the lie to the university.

Lori Loughlin and Mossimo Giannulli's daughters were seen in newly released photos pretending to be rowers in order to secure themselves a spot at USC. (AP Photo/Steven Senne, File)

The documents show that in August of 2016, Singer sent Loughlin and Giannulli an email explaining that he was in the process of creating a coxswain portfolio for one of their daughters and noted that, “it would probably help to get a picture with her on an ERG in workout clothes like a real athlete too.”

Giannulli responded: “Fantastic. Will get all.”

The documents indicate he emailed a photo of one of his daughters on Sept. 7, 2016.

In July of 2017, Giannulli sent a photo of his other daughter to Singer, this time cc’ing Loughlin on the thread.

One of Lori Loughlin's daughters appears to use an ERG machine in this photo obtained by Fox News.

Allegedly faking the crew profile was just one part of the couple’s alleged involvement in the ongoing scandal. They’ve also been accused of issuing bribes to key figures at USC through Singer.

However, the couple’s defense attorneys argue that they were under the impression the money they were giving Singer was going to legitimate donations to the university rather than outright bribery.

Lori Loughlin and Mossimo Giannulli have been accused of using photos of their daughters' alleged rowing training to better their chances of getting accepted into USC.

The couple’s defense also alleged that the prosecution was withholding evidence that Singer was instructed to lie to Loughlin and Giannulli about where the money was going for fear it was exonerating to their clients. However, the prosecution is denying both that it acted in bad faith and that the evidence is at all exonerating.