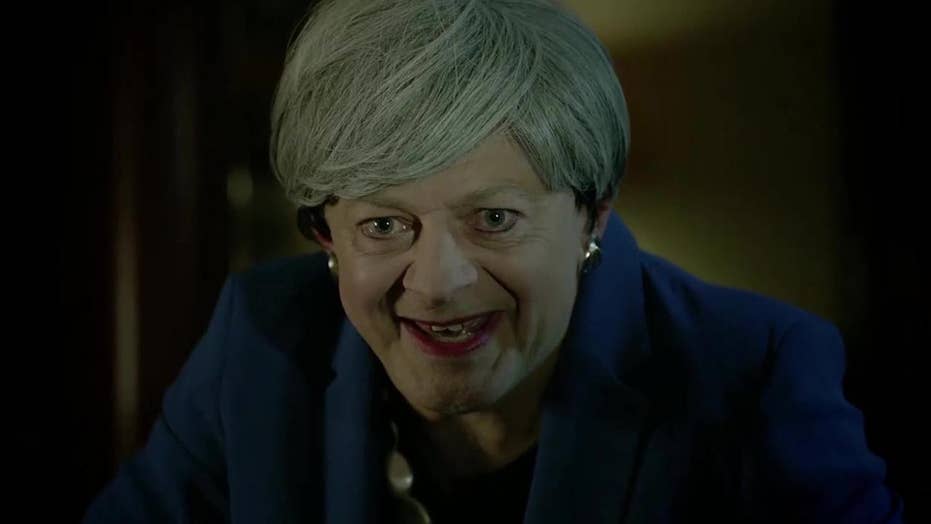 'The Lord of the Rings' actor Andy Serkis got back into character as the iconic Gollum to mock British Prime Minister Theresa May's controversial Brexit deal. Serkis plays May as both Gollum and his 'Lord of the Rings' alter ego Smeagol.

“The Lord of the Rings” actor Andy Serkis got back into character as the iconic Gollum Sunday to mock British Prime Minister Theresa May’s controversial Brexit deal.

“We's in a nasty mess my precioussss...and there's only one way out....We wants it,” Serkis tweeted with a link to the video. “We neeeeds it!”

Serkis’ award-winning character, Gollum, is revived in a video titled, “LEAKED: Footage From Inside No. 10 Downing Street!” Serkis plays May as both Gollum and his “Lord of the Rings” alter ego Smeagol. A man enters the room and hands May a copy of the withdrawl agreement as the camera angle moves, revealing that May is actually Serkis in costume.

“Oh precious, our agreement, this is it, our deal, yes, yes. We takes back control, money, borders, laws, blue passportses,” Serkis’ May says, while channeling Gollum.

Smeagol fires back, “No, it hurts the people… makes them poorer.”

May, as Gollum, then declares that since she negotiated the deal herself it must be done, which leads to bickering back and forth with Smeagol. Gollum calls the deal “juicy and sweet,” insisting that people need it as Smeagol repeatedly chimes in, attempting to explain that the people want something else.

“We hates them,” an angry Gollum says.

As the screen fades to black, the following message appears: “The people’s vote, we wants it.”

May on Monday delayed a vote in Parliament to approve her Brexit deal, a move that presents an uncertain path ahead in Britain's lengthy divorce from the European Union -- and one further imperiling the embattled prime minister's political future.

May's Conservative government does not have a majority in the House of Commons, and opposition parties — as well as dozens of Conservative lawmakers — say they will not back the Brexit deal May and EU leaders agreed upon last month. The vote had been set for Tuesday. It is not clear when it will be rescheduled.