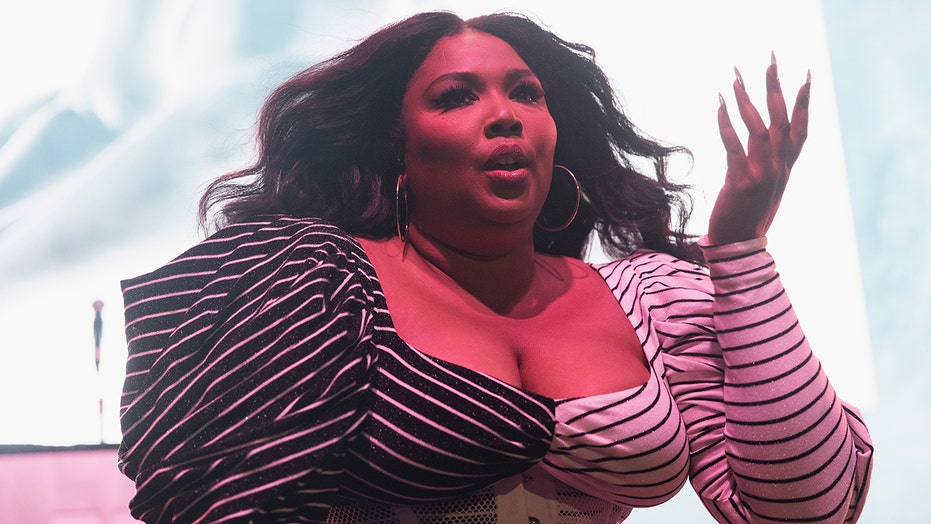 Hollywood Nation: Time magazine names 31-year-old singer-rapper Lizzo its 2019 Entertainer of the Year; Larry David is back for the 10th season of 'Curb Your Enthusiasm.'

Lizzo is disappearing from Twitter for the new year after “too many trolls” pushed the singer to her limit.

The effervescent music star made the announcement on Sunday that she would be taking a break from the social media platform while she recomposes herself and waits for the onslaught of attacks from Internet warriors to die down.

Lizzo’s post came less than two weeks after she was named Entertainer of the Year by Time magazine for her monster 2019, including a whopping eight Grammy nominations for her work. Additionally, Lizzo also had a role in the film “Hustlers," opposite Jennifer Lopez, Constance Wu and Cardi B, and she voiced a character in the animated picture “UglyDolls."

While it’s unclear what instigated her relinquishing her Twitter presence, Lizzo has constantly had to defend herself against nasty criticism lobbed in her direction for her lively and vibrant persona, with body positivity at the forefront of her overall message.

LIZZO BASHES AUTHOR'S CLAIM THAT SHE'S ONLY POPULAR DUE TO 'OBESITY EPIDEMIC': KEEP MY NAME OUT YA MOUTH'

In late December, Lizzo shot back at author Dr. Boyce Watkins after he claimed her success and popularity was the result of an “obesity epidemic” in America and name-called the performer.

She would respond three days later, tweeting: “I’m popular because I write good songs and I’m talented and perform high energy hour and a half shows filled with love. The only person who needs to do better is you.”

Lizzo was also lambasted on social media in early December 2019 after she was seen twerking in a thong while sitting courtside at a Los Angeles Lakers game.

She later addressed her actions in an Instagram live session.

Lizzo has not yet taken a break from Instagram.