Former troubled child star Lindsay Lohan, who was often the face of ruthless tabloid coverage, is a changed woman, those close to the actress told Fox News.

The 32-year-old kicked off the New Year by launching a reality TV series on MTV titled “Lindsay Lohan’s Beach Club.” It chronicles how Lohan is determined to expand her business empire with the launch of Lohan Beach House on the Greek island of Mykonos.

Those who work with Lohan and appear on the show insisted it’s the real deal.

“I feel she’s come a long way,” Sara Tariq told Fox News. “And obviously, it’s different for her because everything she does has been documented in her life. Everybody has moments and I just think that she has come a long way. It’s super positive."

“This season you’ll get to see a different side of Lindsay,” added Brent Marks. “Everyone’s used to seeing the bad and what she’s up to on her partying, [but] she’s just so focused on the business venture that she doesn’t have time to sit back and have a drink and go out and part. She’s just solely focused on her work.”

Lohan originally began her career at age three as a Ford model before she reportedly starred in over 60 TV commercials. Her first film was “The Parent Trap” where she played twins Hallie Parker and Annie James opposite Natasha Richardson and Dennis Quaid.

But Lohan’s life took a downward spiral over the past decade due to multiple offenses, including driving under the influence and shoplifting. She was often associated in the same social circles as hotel heiress Paris Hilton and pop star Britney Spears, best known as “The Holy Trinity.”

People magazine reported that most recently, Lohan received probation and 240 hours of community service after pleading no contest to reckless driving in a June 2012 car crash in Santa Monica.

Lohan, eager to escape the tabloids, left the U.S. 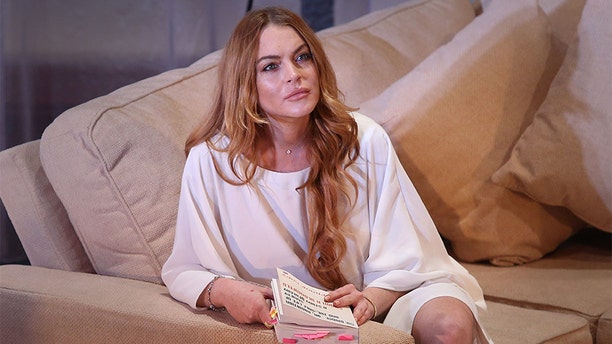 In 2018, Lohan told the New York Times she was determined to change her future and escape media scrutiny, which compelled her to discover Dubai in 2008 after hosting the opening of a resort.

At the time, the newspaper noted that while Dubai is a place where unmarried women can still be arrested or deported for the crime of becoming pregnant, it’s also a place where intruding on privacy via photography can be illegal.

“I’ve been working for 28 years in Hollywood,” Lohan said in the series. “I know the ups and downs of being in the spotlight. People judge me every second. … So I disappeared. Now, I want to do things differently. I want to be my own boss.”

And both Marks and Tariq said there was no denying the appeal of sun-soaked Mykonos and the wealth of possibilities it offers for those pursuing businesses in nightlife.

“I’ve been in nightlife for eight years,” explained Marks. “I know Sarah’s been in it a long time too. Mykonos is a very exotic destination for DJs and high-profile performers. Especially in August, that’s where all those DJs do their European tours, and they all stop at Mykonos. So it’s definitely a nightlife destination spot that you want to check out.

“I know Ibiza is a hot spot, but I feel people are going to Mykonos more now,” chimed Tariq. 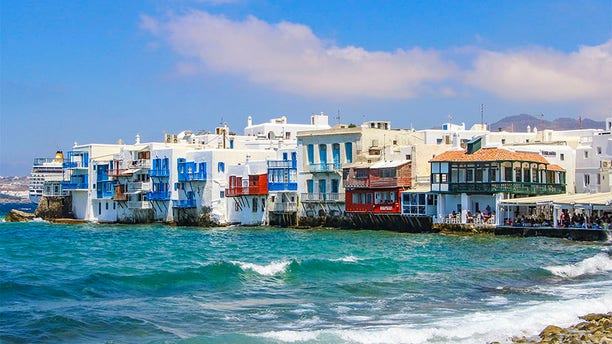 But why nightlife when Lohan achieved fame with films? The answer is an obvious one, said Marks and Tariq. It pays.

“I mean, oh my God, are you kidding me?” said Tariq. “It’s so much money and so profitable."

“People say, ‘Oh you’re a cocktail waitress. ‘Oh you’re a VIP host,’” explained Marks. “[But] we make so much money and it’s a luxury lifestyle. I’m not going to lie. We have all the perks. Nice dinners. We can go anywhere for free. We get taken care of wherever we go. I can probably name someone from every state in the US, just from working in nightlife that has visited me in Vegas [alone].”

“People that have their daily jobs and their routines are like, ‘Oh, when are you going to get a real job?’” continued Marks. “Listen, I have a real job and I can afford nice things. I have a nice car. I live in a nice house. I can take care of my parents. I can fly them out whenever I want. I have full benefits. That’s where I think is just the misconception where people think we just drink and party. But I got bills and it pays them.” 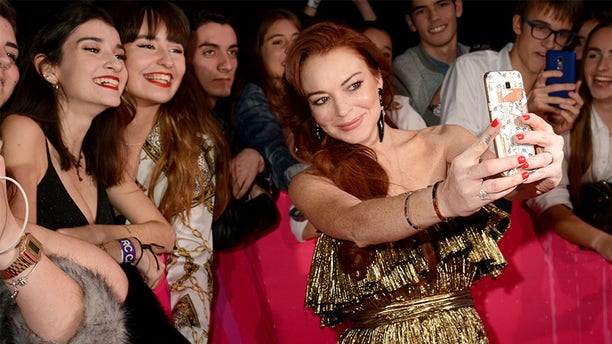 And these days, Lohan wants to be taken seriously in her latest role — that of a businesswoman.

“I think we’re past her past,” said Marks. “I think the media and all that needs to get over it. Move on. Lindsay’s moved on. She’s building this empire. She’s business-minded, but it seems the media and everybody is just waiting for her to screw up again.”

“It’s like, we all make mistakes and we have our inner demons, but you can’t carry that with someone their whole life,” he continued. “So, she’s making huge strides and crushing the business side of things. … She’s super personal and approachable. I hope the media starts leaning towards that side of her and not hold on to her past.”

Still, Lohan hasn’t given up on Hollywood completely. She’s starring in a new film titled “Among the Shadows,” which tells the tale of a private investigator who must unravel the murder of her uncle while keeping the secret that she’s descendent from a line of werewolves. It’s sent to be released sometime this year.

Marks and Tariq insisted the future looks bright for Lohan.

“She’s opening up another venue,” said Marks. “She’s going to open up another after that. I think she’s really going to take over the European side of nightlife.”