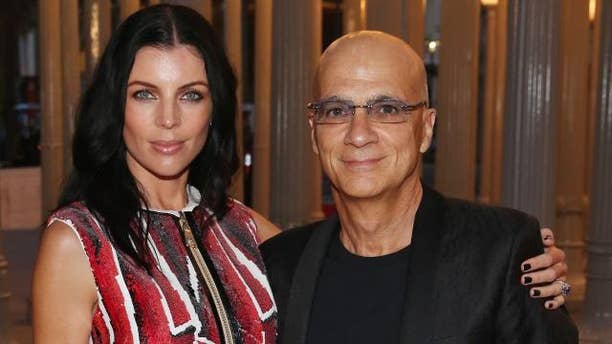 The 37-year-old model married the 62-year-old music producer on Sunday in a ceremony held on Malibu beach, People reports. The guest list boasted lots of A-list stars, and women attending the wedding were asked to wear red dresses.

Oprah Winfrey and Stedman Graham were guests at the ceremony, along with the TV star's best friend, Gayle King. Pharrell Williams and his wife, Helen Lasichanh, were also at the wedding, as well as Tom Hanks and his wife, Rita Wilson.

"Stepping out with my Valentine of almost 30 yrs! #iovinewedding," Oprah Instagrammed on Sunday.

"Valentine's Day wedding day for @jimmyiovine & @libertyross. Invite says red dress only!!" King also captioned a pic of her, Oprah and Stedman at the event.

Ross and Iovine started dating in early 2013, following her very public split from ex-husband, Rupert Sanders. The 'Snow White and the Huntsmen' director was caught cheating with the film's leading lady, Kristen Stewart, in July 2012. Ross filed for divorce from Sanders in January 2013, and it was finalized in July 2014. She got engaged to Iovine in September of last year.

MORE: Liberty Ross Has 'No Problem' with Kristen Stewart After Cheating Scandal

Iovine is the co-founder of Interscope Records and launched the headphone and streaming subscription service Beats Electronics with Dr. Dre. He has worked as an executive at Apple since the company bought Beats in 2014.