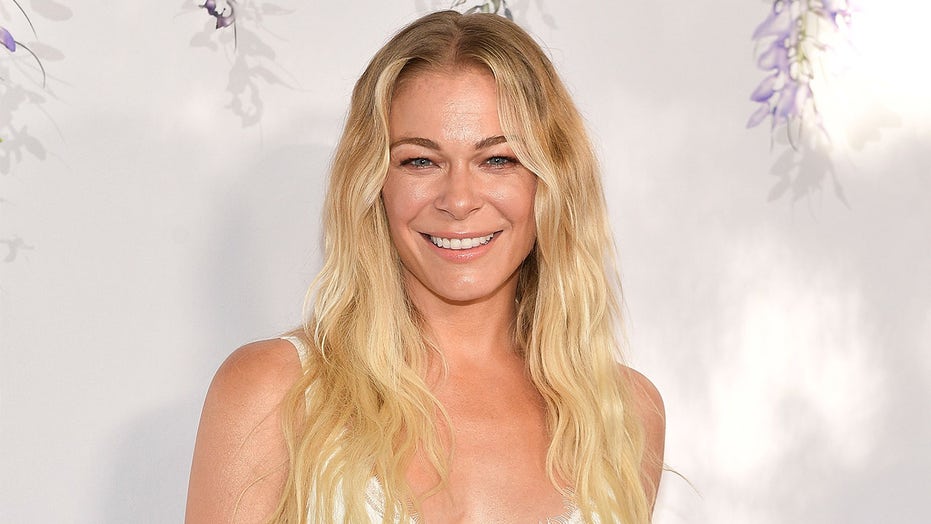 LeAnn Rimes has been in the spotlight since she was a young teen.

The musician, now 37, reflected on how she skyrocketed to fame when she was just 13 years old and became the youngest Best New Artist winner in Grammy history.

At 17, she starred in the risque film "Coyote Ugly," where she danced on a bar and donned barely-there costumes. Rimes admitted during an interview with Yahoo Entertainment/SiriusXM Volume, "There would be so many problems with this movie now."

But the movie did allow the singer to break "out of [the child-star image] for the first time."

LEANN RIMES DISCUSSES FIGHTING DEPRESSION, ANXIETY: 'I HAD SO MUCH UNDERLYING GRIEF'

Rimes said she struggled a lot growing up in the public eye.

"For me especially, there was this very wholesome little girl, this all-American girl, and then I went through a lawsuit with my father at 16 and my record label, and that was like a three-and-a-half-year ordeal. Then I was the 'spoiled brat' — I mean, I was labeled so many things. When I think about it now, it's just so crazy how instantly as a society, the expectations we place upon someone," she described.

LeAnn Rimes (L) and Piper Perabo (R) dancing and singing while standing on the bar top in a scene from the film 'Coyote Ugly' from 2000.  (Buena Vista Pictures/Getty Images)

Rimes continued, "We expect them to be more than human, even as a child. And then especially expect them not to grow. It was definitely the big challenge for me personally, to try to grow out of that mold. It's taken years, and it's taken a lot of destruction on my part, whether that be conscious or unconscious. I think there was a lot of it that was unconscious, like, 'I'm going to set fire to this as much as I can, so I can rebuild for the place that I want to rebuild from.'

LEANN RIMES OPENS UP ABOUT HER BLENDED FAMILY WITH EDDIE CIBRIAN

"I think that was a lot of my struggle, up until probably like age 30," she added. "I think 30 was finally when I was like, 'OK, I'm settling into myself and I'm doing it for me, and I'm not trying to fit this mold for this person and that mold for that person to make everybody happy.' When you start at 11, your whole life is based around trying to please people. And so I think 30 was the first time I stopped. There [are] still certain places in my life where I see myself still doing that. I'm very aware of it now, so I catch myself and come back to what's true for me."

The platinum-selling artist confessed that when she turned 30, her sense of self changed and that was her "biggest decade of growth."

"I think you really just start to step into your womanhood in a lot of ways at 30. I think there is a decision of like, 'Am I going to continue to do what everybody wants me to do? Or am I going to claim who I am?'" she said.

Rimes said it was when she "checked myself into a treatment center" for anxiety and depression.

"I had always had people around me...I was so intertwined and meshed with so many people, and I just knew if I didn't start to untangle that web, that this was going to be a really rocky decade," Rimes explained. "There's nothing like taking your power back at what feels like the bottom."