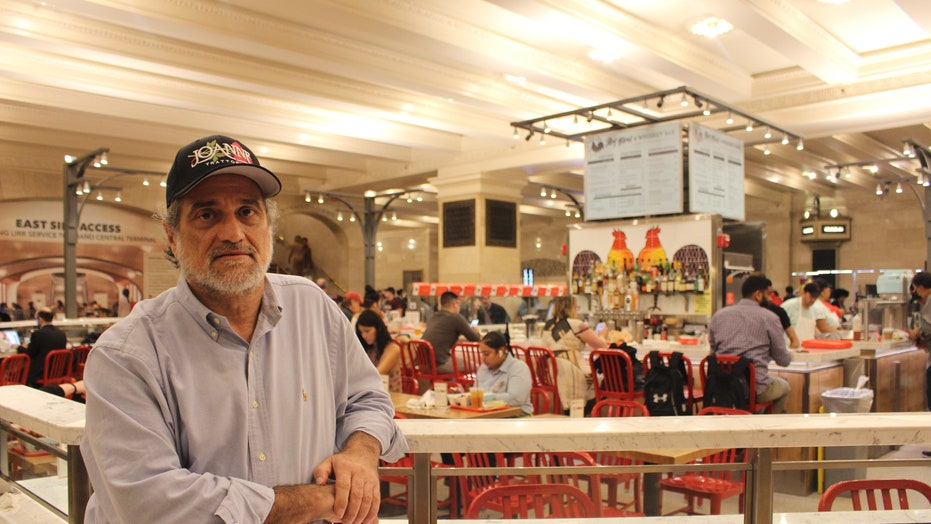 Lady Gaga’s father is refusing to pay rent on his Grand Central Terminal restaurant and bar, claiming the train hub’s homeless population is killing his business.

“The homeless go in there to stay warm. We’re compassionate, but it affects our customers,” Germanotta told The Post this week. “When the homeless invade our areas, it becomes a less attractive place.”

LADY GAGA'S MOTHER OPENS UP ABOUT THE SINGER'S YOUNGER DAYS: 'SHE WENT THROUGH A LOT OF DIFFICULT TIMES'

Frustrated with what he perceives as the MTA’s refusal to address the issue — along with a bevy of other ongoing issues, like a rodent problem, poorly maintained restrooms and outdated seating — Germanotta is refusing to pay a portion of the $40,000 rent and $10,000 in fees he owes each month.

The MTA is seeking $260,000 in rent and fees, which he says he must pay in the next two weeks or the authority will begin the eviction process.

“I don’t think they were prepared [to manage the space],” he said. “Quite frankly, I think they’re more interested in running the trains.”

If steps aren’t taken to “upgrade” the space, Germanotta said, he’ll leave — and expects to be compensated for the money he’s invested.

“We entered into the lease and expected certain conditions for our business,” he said. “They have to update it to conditions that are suitable for a food court.”

“I’ve seen people washing their hair in the sink. I’ve seen a turn in the urinal,” he said.

Germanotta’s dispute with the MTA was first reported by the Wall Street Journal.

MTA officials previously blamed a 3 percent drop in food court sales in 2018 on “outdated furniture design” and the “continuing challenge of the homeless population,” but the agency claims sales increased by 6 percent in 2019.

MTA spokesman Tim Minton called the food court “a great place to do business,” and said the agency and Germanotta had negotiated an agreement to defer his rent payments, which Germanotta refused to sign.

“This is a landlord-tenant dispute, pure and simple, in which the landlord seeks to blame his financial struggles on anyone but himself,” Minton said. “The fact that Mr. Germanotta does not appreciate someone who is less fortunate having a cup of coffee near his business is not the problem of the people of the state of New York, who don’t expect to have to subsidize his struggling business.”