Kristen Stewart and her girlfriend are getting serious.

In an interview on “The Howard Stern Show,” the “Twilight” star discussed her long-term plans for her relationship with girlfriend, Dylan Meyer.

The conversation was sparked when Stern asked Stewart if she was “in love right now” — to which Stewart responded, “Yes, the answer is yes.”

Stern then asked if Stewart had any plans to propose in the near future.

“Yeah, I don’t know [when]… I want to be somewhat reasonable about it, but I think good things happen fast.”

KRISTEN STEWART, ROBERT PATTINSON FUEL ROMANCE RUMORS AFTER BEING SPOTTED TOGETHER IN LA 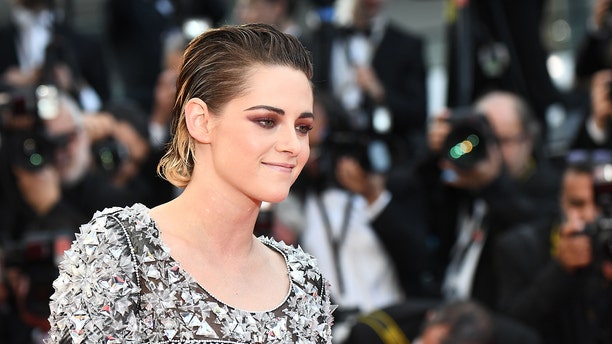 Though Stewart revealed plans to propose, the actress didn’t provide any details on how she would go about popping the question.

“I have a couple of plans that I know would be the coolest thing to do, that I think would be pretty undeniable.”

Stewart and Meyer have been romantically linked since August, when the two were spotted together in New York City following Stewart’s split from on-and-off girlfriend Stella Maxwell.

KRISTEN STEWART SAYS SHE SPEAKS TO GHOSTS, IS VERY 'SENSITIVE' TO THEIR ENERGY

The actress got a lot of attention with her see-through sheer dress at the premiere of "The Twilight Saga: Breaking Dawn - Part 2" in Los Angeles, California on Nov. 12, 2012. (Reuters)

Stewart addressed the affair on “The Howard Stern Show” and noted she “didn’t f—k” Sanders.

When asked why she never revealed this information, Stewart responded, “Well, who’s going to believe me?” “It doesn’t even matter. It looked like… You know, you make out with a dude in public, it definitely looks like you did [have sex].”