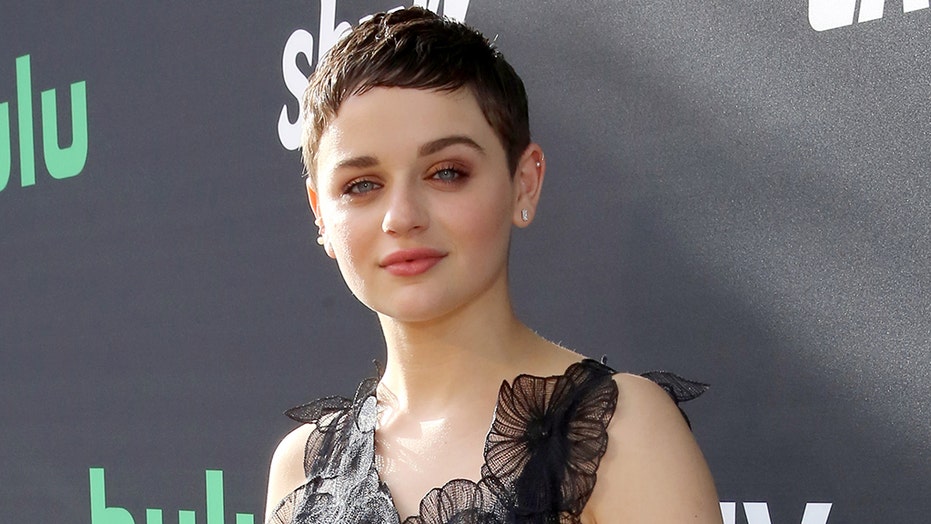 Joey King has proved she has expensive taste.

In the game, King was asked to compare two products and determine which one is more expensive.

The first round of the game centered on boxing gloves, so naturally, she slipped them on and hit her hand a few times to correctly determine that the gloves produced by Venum were more pricey.

Next came a potato chip taste test, which she again guessed correctly when she selected the chip in which she could "taste the potato" as the more expensive option.

As the game continued, King was asked to compare cotton candy, glasses, sour candy, necklaces, clippers, which she tested by shaving a doll's head, and lip masks -- all of which, she guessed correctly.

Sour candy, however, tripped her up when she chose the produced she called "not as sticky" as its counterpart.

She also was wrong when it came to toy wands, choosing one that "feels more delicate" over the wand she described as "a little more clunky."

The star appears as Elle Evans in the "Kissing Booth" films on Netflix alongside Jacob Elordi, whom she used to date, which she opened up about to the magazine.

"No one’s thinking to themselves, 'That was easy,' because it wasn’t," she said of working with her ex. "I’m sure people will analyze every movement and every detail. And you know what? Let them. But at the end of the day, I was just thrilled to be Elle Evans again.”

The work had to come first, she said.

"Elle Evans needs her Noah Flynn [Elordi's character], and whatever that means for my personal life, I’ll do anything to make sure the story of my character who I care about so much is complete," she said.

King also revealed that she's working on developing a television series following two women living in the woods. It would star herself and "Last Man Standing" actress Kaitlyn Dever, while Margot Robbie would serve as producer.

While she didn't reveal any additional details, King said that she's staying optimistic, but also knows she could find disappointment should the show not find a home.

“I have to tell myself that if it doesn’t go my way, I can pick myself back up,” she said. “And I won’t cry for too long.”

"The Kissing Booth" and its sequel are now available to stream on Netflix, and a third installment is expected to hit the streamer in 2021.