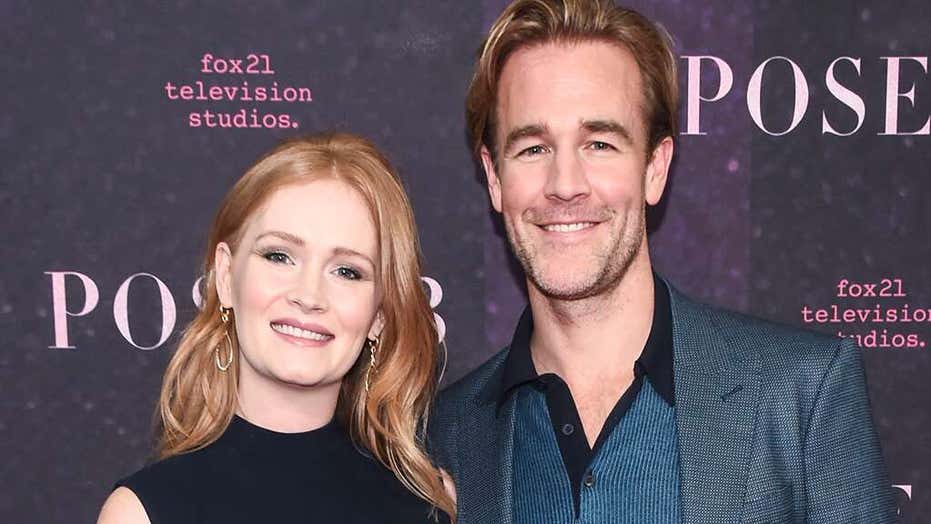 The mother of five spoke candidly about how her family is adjusting to their new digs on 36 acres in the Lone Star state and what factored into the Van Der Beeks' decision to relocate their children, Olivia, 10, Joshua, 8, Annabel Leah, 6, Emilia, 4, and Gwendolyn, 2.

During an Instagram Live broadcast on Tuesday, Kimberly, 38, said that while they’re currently leasing the expansive property, which features various standalone structures, including a “lounge room” and multiple guest houses, the family is simply testing the waters on how much space they actually need for their large family.

“I’ll tell you a secret: This costs less than it cost to live in Beverly Hills,” Kimberly said as she panned the camera across her extensive surroundings. “It’s kind of ridiculous. I love you, California, but I was so done with you.”

James Van Der Beek said part of the reason he and wife Kimberly moved their family to Texas was due to two late-term pregnancy losses they had suffered in recent years. (Photo by Cindy Ord/Getty Images)

The family settled on a town where they can continue to raise their family, and Kimberly said while their home in Beverly Hills “was really, really good to us," it “was feeling pretty tight for a family of five kids.”

She also noted that she is "loving" Texas.

“The space available in Texas… where we’re at, it’s expansive and there’s a lot of space and I feel that for a big family... it was just really, really necessary for us,” she justified to her viewers, adding, “We’re going to try Texas out for a year and really give a lot of love to this property.”

Furthermore, Kimberly raved about their landlords calling them “incredible” and “magical” for their willingness to allow the family to get their hands dirty with the property in order to make it their own.

“They’re really letting us dip into it and really steward the land as if it’s our own and go wild with it. Which is really cool,” she said, adding that the “very compound-like, village life that we’re building here” also makes for an easy transition for her sister who is currently pregnant and planning to move into one of the property’s guest cabins.

James Van Der Beek and his wife, Kimberly, have been detailing on social media why they moved their family from Los Angeles to Texas. (Getty)

“We are trying it on for size,” she said. “It’s hard to tell what’s going to happen next. I’m loving every moment and really getting myself comfortable here.”

KIMBERLY VAN DER BEEK SAYS SHE'S '35 POUNDS MORE THAN' HER NORMAL RANGE: 'SO MUCH THAT HAS HAPPENED TO MY BODY'

The family road-tripped their way to Texas, making stops in Arizona and New Mexico after leaving Los Angeles behind.

"Sometimes a fuller life begins with an empty house," James, 43, wrote in an Instagram post announcing their departure. "Leaving Los Angeles incredibly grateful for all the friends and memories we’ve made here. Onto the next big adventure! ❤️😊"