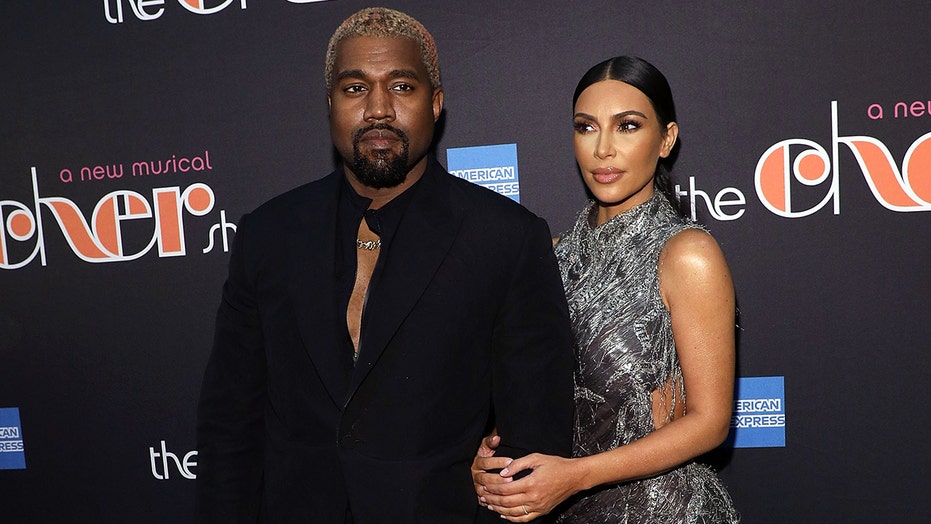 The wait is over for Kardashian-Jenner fans.

It appears the Wests chose a minimalist style in the holiday photo, with Kim, Kanye and kids North, 6, Saint, 4, Chicago, 22 months, and Psalm, 7 months, matching in grey and white sweatpants and sweatshirts. With a husband who has a penchant for the minimalist approach, Kim's style in clothing and decor has been gradually tilting more in that direction.

Kanye, who is known for shying away from the cameras, unlike the KKW Beauty founder, avoids staring directly into the lens and instead adoringly looks at Chicago, who is seated on his lap.

KIM KARDASHIAN REVEALS FAMILY WILL NOT RELEASE CHRISTMAS CARD THIS YEAR: 'KRIS JENNER HAS GIVEN UP'

The anticipated Christmas photo steers away from the family's long-standing tradition of including Kim's famous sisters, Khloe, Kourtney, Kendall, Kylie, their respective children, and of course, Kris Jenner.

The family previously dubbed their holiday photoshoots "dead" but surprisingly released a 2018 card after a "last-minute" arrangement. Still, last year's Christmas card turned into a source of conflict for the massive family. The drama was caught on camera during last season's "Keeping Up with the Kardashians," which showed a heated debate between Kim and Kourtney, with the latter declaring she didn't want to attend the photoshoot if it occurred after hours.

"Did I already say this morning, I didn't care to do it," Kourtney shot back.

Missing from the 2018 photo was Kris Jenner, Kendall Jenner and Rob.

The Kardashian-Jenners have yet to announce if they plan on releasing a holiday photo featuring the entire family.