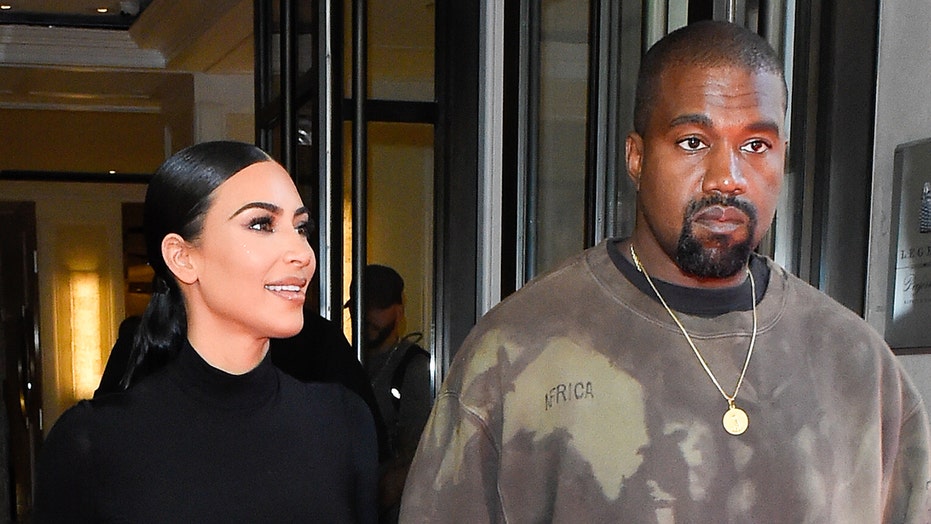 Kim Kardashian is still a big supporter of her husband, Kanye West, despite their recent marital woes.

The “Keeping Up With the Kardashians” star broadcast the return of the rapper’s Sunday Service in Wyoming on her social media accounts.

West, 43, employed his full choir and had some guest performers socially distanced. There was no audience for the event.

The choir and limited attendees dressed in matching orange outfits.

Kardashian, 39, also broadcast a few songs, which she indicated was new music from the choir.

The KKW Beauty mogul announced at the end of the clips that the event was organized with health and safety in mind because of the ongoing coronavirus pandemic.

“Kanye's team took every precaution to ensure the choir's health and safety which is always top priority,” she wrote. "It was filmed today without an audience."

Kardashian added: "The music will be shared soon for anyone who could use some uplifting.”

West also shared a video of the reality star holding their son Saint as they danced to the music.

Kardashian appeared to be in good spirits despite the couple’s marital issues becoming public.

Last month, the rapper went on an explosive tweetstorm and said that he’s been “trying" to divorce the reality star since November 2018.

West later gave a public apology to his wife for discussing their relationship issues over social media.

"I would like to apologize to my wife Kim for going public with something that was a private matter. I did not cover her like she has covered me.to [sic] Kim I want to say I know I hurt you. Please forgive me. Thank you for always being there for me," the presidential hopeful wrote on Twitter.

Although West did not specify what "private matter" he was referring to, it's likely related to his admission during a South Carolina campaign rally last month that the couple considered abortion when they were expecting their first child, daughter North, 7.

The Yeezy founder also subtly shaded the reality star's past photoshoot with Playboy.

The pair have seemingly reconciled.

“Kim and Kanye have put a lot on hold professionally to be together with their family," a source recently told Entertainment Tonight.

The source added: "The couple has had time to spend with their kids, as well as discuss their future and what that looks like, without anyone else getting involved.”

West and Kardashian have been married since 2014.