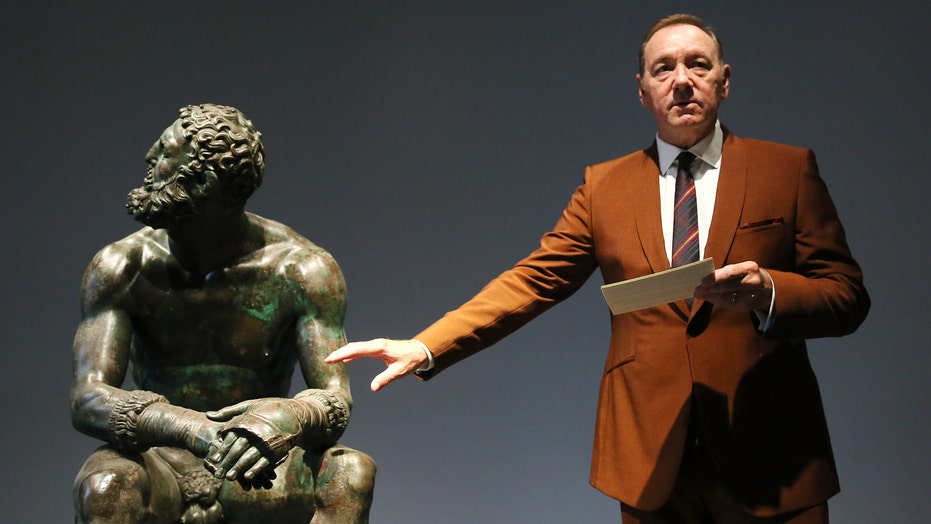 Kevin Spacey popped up in Rome to perform a poem at a museum.

The 60-year-old actor spoke to a small crowd while standing next to a bronze statue of a battered fighter at the National Roman Museum on Friday while reciting Italian poet Gabriele Tinti's "The Boxer."

The poem is about a worn-out and lonely boxer, left bleeding at ringside, cast aside despite previous glory.

Spacey read: "They used me for their entertainment, fed on shoddy stuff. Life was over in a moment."

The poem is about a worn-out and lonely boxer, left bleeding at ringside, cast aside despite previous glory.<br data-cke-eol="1"> (Ernesto Ruscio/Getty Images)

“I shook the country, made the arenas vibrate, tore my opponents to shreds,” he continued. “I lit up the darkness, collected insults, compelled applause. Not everyone knew how to do this. None of you. On the other hand life is not frightening for those who have never taken a risk.”

Spacey's team reportedly alerted media that he would be doing the last-minute performance piece, according to Variety.

The two-time Oscar winner's appearance in the Italian city comes after a criminal sexual misconduct case against him collapsed.

Prosecutors in Massachusetts last month dropped a case in which Spacey was accused of groping a young man at a bar in 2016.

He remains under investigation for alleged sexual misconduct in London and Los Angeles.