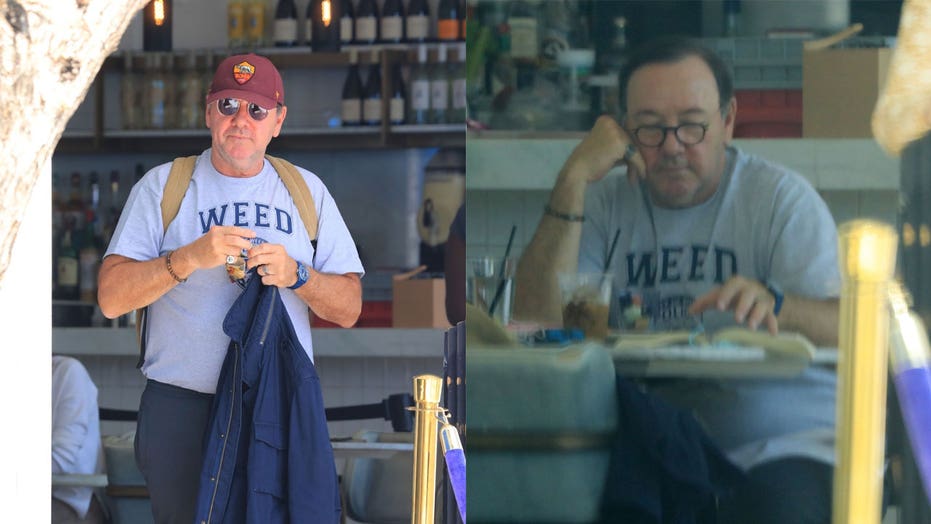 Kevin Spacey was spotted on a solo lunch outing in West Hollywood amid his ongoing sexual assault lawsuit.

The 62-year-old actor, who donned a hat and sunglasses, was seen grabbing a bite to eat and reading a book on Tuesday.

Spacey has faced multiple sexual misconduct accusations since Anthony Rapp first came forward in 2017. He was later fired from "House of Cards" over the allegations.

The actor was also replaced in the movie, "All The Money In The World."

ANTHONY RAPP'S LAWSUIT AGAINST KEVIN SPACEY TO BE HEARD IN COURT

Kevin Spacey does a solo lunch in West Hollywood amid the ongoing sexual assault lawsuit filed against him by 'Star Trek' actor Anthony Rapp. (BACKGRID)

Spacey's solo outing came days before a court heard an oral argument on the actor's legal team's motion to exclude evidence before it is offered at trial.

The hearing was scheduled for 3 p.m. on Thursday via video conference before Judge Lewis A. Kaplan.

Spacey was seen reading from a book as he sat alone eating his lunch. (BACKGRID)

Rapp filed the lawsuit against the "House of Cards" star in September 2020.

In the lawsuit, Rapp detailed what he has said publicly about Spacey, that the older actor made a sexual advance to him when a teenage Rapp attended a party. When Rapp first made the accusation, Spacey issued a statement saying he didn’t remember the encounter but apologized.

Rapp initially filed the lawsuit with a co-plaintiff who went by the initials C.D. However, the judge dismissed C.D.'s accusations after the co-plaintiff failed to publicly disclose his identity. Rapp, however, is moving to trial.