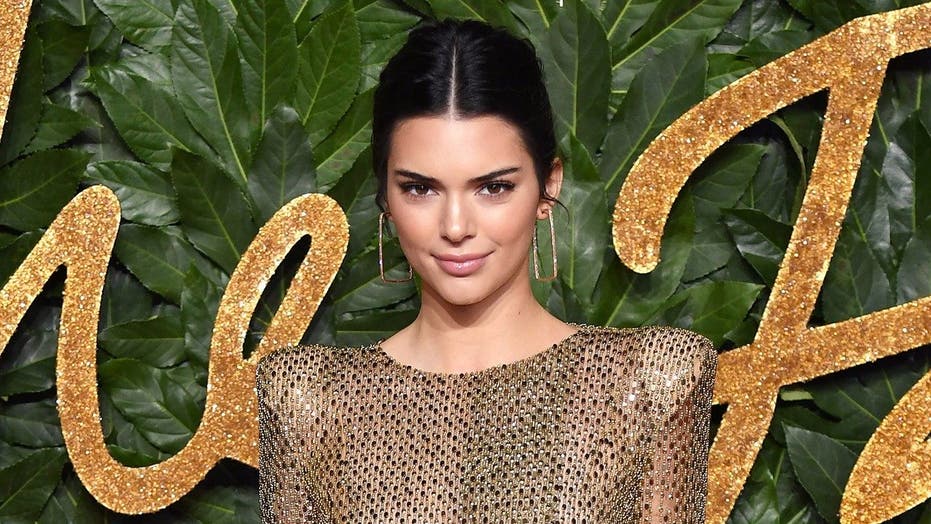 The launch of Kendall Jenner's tequila brand is off to a rocky start as she's now being accused of cultural appropriation.

The 25-year-old supermodel launched 818 tequila in her home state of California this week and a video promoting the distilled product is being slammed from its visuals to what she's wearing.

People voiced their concerns over the video on Twitter and slammed the "Keeping Up with the Kardashians" star for attempting to silence critics by disabling her comments section on Instagram.

"not Kendall Jenner disabling her comments on the post of her appropriating our culture for her tequila launch," wrote one user on Twitter.

"I can see the pain in this old mans eyes Kendall Jenner," another wrote, sharing a screenshot of the video which sees Jenner wearing a hat tied around her neck and two long braided pigtails.

"Oh no, not Kendall Jenner going for the Mexican look, as if it wasn't enough of her family members appropriating black culture," one person reacted.

In the video, Jenner drives a truck and is also seen riding a horse to agave fields.

One person sarcastically prompted their followers to "check out @KendallJenner doing her best impression of a Mexican laborer!"

"so refreshing to see that nepotism and cultural appropriation is still a profitable combo," the tweet continues.

More than a few people called out the model for disabling the comments of her post about the new brand on Instagram.

"@KendallJenner muted comments on her pictures from Jalisco because she wants to silence the voices of those telling her that it’s cultural appropriation. 818 ain’t it y’all. I’ll be sipping my Don Julio," one tweet says.

Another responded: "Kendall Jenner roamed through fields of agave on horseback to announce the launch of her 818 tequila brand in California with moody visuals shared to Instagram on Monday despite tequila's deep-rooted Mexican history having no affiliation to the affluent community she grew up."

"Kendall Jenner deactivating the comments to not let people talk about the cultural appropriation," another tweet reads.

"Nothing says Mexican culture like kendall Jenner," said one person.

Jenner announced her campaign on Monday, calling the launch of her brand an "incredible experience."

"Learning about this beautiful place, it's beautiful culture, and the beautiful people!" Jenner captioned her post. "@drink818 has launched in California…we will be rolling out to the rest of the US all summer long, keep a look out!!!"

This isn't the first time Jenner has been accused of cultural appropriation. Back in 2017, Jenner's Pepsi's "Jump In" commercial was widely denounced and almost immediately pulled from TV. In the ad, Jenner threw off her blonde wig and smeared away her lipstick before joining a protest of activists holding banners featuring the peace sign. But rather than protesting, Jenner took a Pepsi can and handed it over to a police officer as a peace offering while a crowd cheered behind her. The cop smiled in response.

A rep for Jenner did not immediately return Fox News' request for comment and representatives for 818 could not be reached.