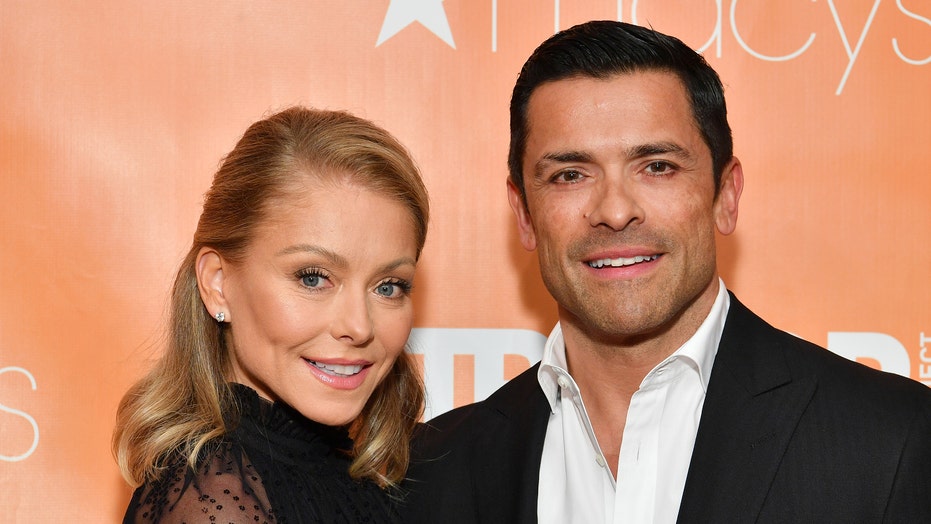 Score one for Kelly Ripa looking at the bright side of things.

The beloved television host shared a teachable moment with the world when her 16-year-old son Joaquin broke his nose while wrestling over the weekend.

The “Live with Kelly and Ryan” mainstay posted a photo of the battered young man taking instruction and still smiling even while having both nostrils plugged.

"You win some, you lose some, and sometimes you get a tampon shoved up your nose. #mayorscup #wrestlers #wrestlerslife 🤼‍♂️," the proud mama quipped.

The Emmy-winning personality shared a play-by-play of what went down on Wednesday’s episode of “Live,” explaining to viewers and the live audience that Joaquin “took a knee to the nose” while wrestling his pal that caused the damage. Ripa said Joaquin was “fine.”

"From our point of view, it looked like he got poked in the eye," she said. "I was like, 'I get it, that hurts, and sometimes your eye -- it won't open.' But we were like, 'OK, Joaquin, for heaven's sakes, pull yourself together.' ... And I was saying, 'See? He's an actor.' Because he was [covering his face]. It was very dramatic," according to Entertainment Tonight.

Ripa said Joaquin eventually emerged victorious after receiving treatment and couldn’t help but take a few jabs at the fact he needed to resort to shoving tampons up his nose in order to combat the bleeding.

Television personality Kelly Ripa, second from left, poses with, from left, her husband Mark Consuelos and their children Joaquin, Michael and Lola during a ceremony to award Ripa a star on the Hollywood Walk of Fame on Monday, Oct. 12, 2015, in Los Angeles. (Photo by Chris Pizzello/Invision/AP)

"I guess the doctor looks at him and says, 'Put two tampons up there and call me in the morning,' and then they continue the match," she joked. "I don't think they tell the kids that they're sticking tampons up their nose, until I ruined it."

While Ripa and her husband Mark Consuelos are incredibly involved in their kids’ extracurricular activities, it’s a good thing the parents had more composure than Barry Lee Jones, the North Carolina father who was arrested over the weekend after he took out the wrestling opponent who had just slammed his son to the mat during a tournament.

Lee was charged with simple assault and disorderly conduct after he allegedly tackled the student-athlete from Southeast Guilford High School, which is in Greensboro, Fox 8 reported. His son attends Hickory Ridge High School. Neither student was identified.