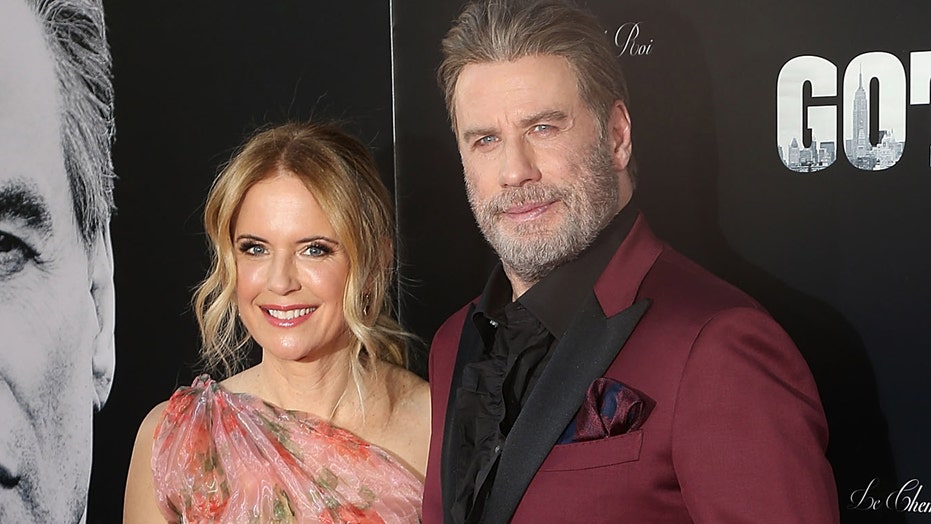 John Travolta is mourning the loss of his wife Kelly Preston, who died on Sunday at age 57 after a two-year battle with breast cancer. It is not the first heartbreaking death the family has had to endure.

In 2014, Travolta talked about the loss of his son in an interview at the Theatre Royal Drury Lane, describing Jett’s death as “the worst thing that’s ever happened in my life.”

Adding that he didn’t know if he was “going to make it,” he said the Church of Scientology helped get him and his family through the loss.

"I will forever be grateful to Scientology for supporting me for two years solid, I mean Monday through Sunday," he said at the time (via BBC). “They didn't take a day off, working through different angles of the techniques to get through grief and loss, and to make me feel that finally I could get through a day."

He explained in a 2016 interview with “Good Morning America” that the tragedy bonded the family closer together, noting that the birth of Ben shortly after Jett’s death gave them a reason to keep on.

“We certainly have bonded together and certainly having little Ben has been a beautiful… you know, kind of glue for us to rebond after tremendous loss,” he said.

Kelly Preston, left, and John Travolta arrive at the Oscars on Sunday, Feb. 22, 2015, at the Dolby Theatre in Los Angeles. (Chris Pizzello/Invision/AP)

Preston, meanwhile, became an advocate for autism awareness. In 2012, she appeared on “The Doctors” to discuss her late son’s autism and the contributing factors she believes were behind it. She revealed he had also been diagnosed with Kawasaki syndrome at 15 months.

JOHN TRAVOLTA, KELLY PRESTON REMEMBER SON ON WHAT WOULD'VE BEEN HIS 28TH BIRTHDAY

In 2019, days before what would have been Jett’s 27th birthday, Preston shared a heartfelt message on Instagram advocating for autism awareness.

“To my sweet love, Jett… you are in our hearts forever. I send love to all of the beautiful autistic children and the wonderful people who love them. May we all shine and grant love and respect to children with special needs,” she wrote.

The tragic loss of their son was compounded by a tense legal battle, when an ambulance driver and his attorney were accused of trying to extort $25 million from the family in exchange for not releasing sensitive information about their son's death.

Travolta testified that one of the paramedics who responded to the home on Grand Bahama Island threatened to sell stories to the news media suggesting the movie star was at fault in Jett’s death.

If he did not pay $25 million, Travolta told the jury, the paramedic indicated he would use against him a consent document that the actor initially signed refusing to have his son taken to a local hospital. The document cleared Lightbourne of any liability.

John Travolta and Kelly Preston's 16-year-old son Jett died on Jan. 2, 2009 while the family vacationed in the Bahamas. (Travolta.com)

The actor testified that he signed the document because, after waiting about 30 minutes for an ambulance to arrive, he intially wanted his son flown to Florida for treatment. In the end, he was taken to a Bahamian hospital.

Travolta was reportedly prepared to testify a second time but decided to stop pursuing the case and it was dismissed. He cited the severe strain the proceedings and his son's death had caused the family.

On Monday, Travolta shared the sad news about his wife. "It is with a very heavy heart that I inform you that my beautiful wife Kelly has lost her two-year battle with breast cancer," the actor wrote Sunday. "She fought a courageous fight with the love and support of so many."

The duo met while filming 1988′s “The Experts.” They married in 1991 at a midnight ceremony in Paris and had been together ever since. They would go on to have three children, daughter Ella, 20 and sons Benjamin, 9, and Jett.

He concluded the announcement of his wife's death by thanking the many doctors and medical professionals who helped aid Kelly in her breast cancer fight.

“My family and I will forever be grateful to her doctors and nurses at MD Anderson Cancer Center, all the medical centers that have helped, as well as her many friends and loved ones who have been by her side,” he wrote. “Kelly’s love and life will always be remembered. I will be taking some time to be there for my children who have lost their mother, so forgive me in advance if you don’t hear from us for a while.  But please know that I will feel your outpouring of love in the weeks and months ahead as we heal.”