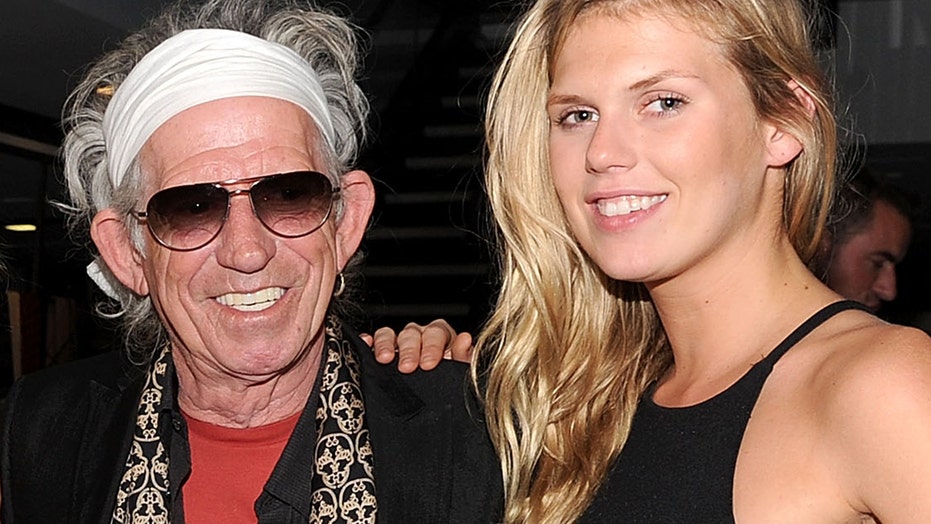 Keith Richards threw a wild bash this weekend as his daughter Alexandra tied the knot with Jacques Naude, Page Six has learned.

His fellow Stones Ronnie Wood and Charlie Watts were there to celebrate — although Mick Jagger wasn’t in attendance.

Model Alexandra posted a photo of her intricate lace gown on her Instagram account on Sunday, writing: “#AboutLastNight.Over the moon to announce I’m a Mrs today! #Sundaylove.”

She then posted a photo of Marilyn Monroe in a wedding dress and veil, writing: “#Mood #SundayLove.”

We’re told that golf carts shuttled guests, including Alexandra’s older sister Theodora, from Richards’ nearby home to the farm, where a large white marquee stood surrounded by fairy lights.

Guests dined on lamb, and cheers were heard after speeches and toasts, according to local blog 06880.

Alexandra and filmmaker and visual artist Jacques got engaged in the Caribbean in January, as Page Six reported.

She was brought up in Connecticut and regularly escaped to the country with Naude.

She told us: “I loved growing up there. A lot of people think I was raised in LA, but I’m like, ‘Noooo. I’m a Northeastern kinda chick.’ We had this little house in the woods, and we were so disconnected from the hustle and bustle. Although I didn’t know what that meant until we were obviously a lot older. Now I’m running home every weekend to my parents, like, ‘We’ll cook for you!’ It’s cozy. I’m a family girl.”

The couple have been dating for over two years.

They were first photographed together in February 2017 at the Whitney Museum.

Alexandra earlier this year told The Post about her upcoming nuptials, “In the beginning, I wanted to savor that engagement bubble … But since I’m back home and bumping into friends, that little girl in me is so excited, like, ‘I’m engaged!’ ”

And mom and dad approve: “She said yes!” Patti posted. “Mom and dad love Jacques and we could not be happier for our Alexandra.”