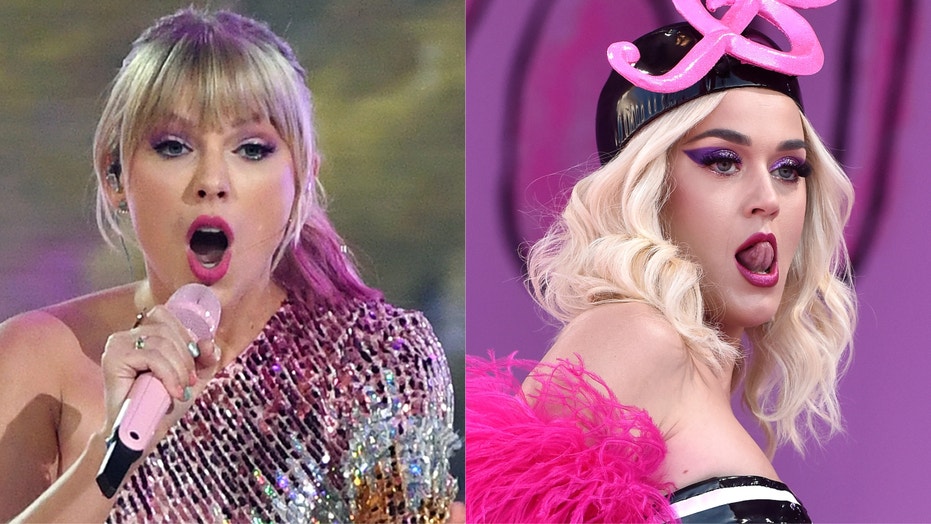 Katy Perry got fans excited about a possible collaboration with Taylor Swift during the most recent episode of "American Idol."

Swift and Perry were famously feuding for many years, with Swift even hinting that her song "Bad Blood" was inspired by her tiff with the singer. However, they famously buried the hatchet and have been on good terms with one another for a few years now. That’s why many "Idol" fans took notice when the singer offhandedly mentioned that she would be open to collaborating with Swift.

The latest episode was all about duets as contestants took the stage in pairs to compete for a spot in the next round. After singers Athea Grace and Camille Lamb performed a stunning cover of Lesley Gore’s classic hit "You Don’t Own Me," Perry gave them each top marks and sent them to the next round.

After they exited the stage, the singer mused to fellow judges Luke Bryan and Lionel Richie that the performance made her think of what she and Swift could accomplish together.

"Can you imagine if Taylor and I work together, what we could do?" she said.

It took almost no time for fans to take to Twitter to encourage the hypothetical collaboration and note that the two artists have come a long way from their days of feuding.

"OMG SOMETHING IS DEFINITELY COMING," one fan responded on Twitter.

"OMG, THE COLLAB OF THE DECADE IS COMING," added another.

"TAYLOR SWIFT AND KATY PERRY WOULD RUN THE MUSIC INDUSTRY TOGETHER SO TRUE," a third wrote.

A collaboration would be a full-circle moment for the stars but it would not be the first time they worked together professionally. After extending a literal olive branch in 2018, Perry was willing to appear in the music video for Swift’s track "You Need to Calm Down." Speaking at the 2019 iHeartRadio Music Awards red carpet, Perry noted that she would be open to working with Swift on a deeper level now that their feud is behind them.